Two Emirati officials watch a high-rise building as a fire spreads up the side of the building in Ajman, United Arab Emirates, early, March 29, 2016.
Kamran Jebreili—AP
By Nash Jenkins

Dubai-based Gulf News reports that the blaze gutted two buildings in the Ajman One Towers, a residential cluster of 12 buildings. There was no immediate word on casualties but local media reported the buildings were evacuated.

Distraught residents could only watch as the fire spread up the side of the buildings.

“All I have left are the clothes on my back,” one tenant told Gulf News. “My colleague is coming to pick me up. I am too disturbed to make sense of it all.”

The blaze began at around 9:45 p.m. local time — authorities have not yet publicly identified the cause — and persisted into the early hours of the morning.

Videos posted to Twitter by the local law-enforcement agency shows burning debris falling to the ground as the fire engulfs the side of the tower.

The fire is the latest in a string of similar incidents in the Gulf nation. On New Year’s Eve a huge blaze ripped through a 63-story luxury hotel in central Dubai, injuring 16 people, reports the BBC. And in February 2015, a fire damaged the residential Torch skyscraper in Dubai. 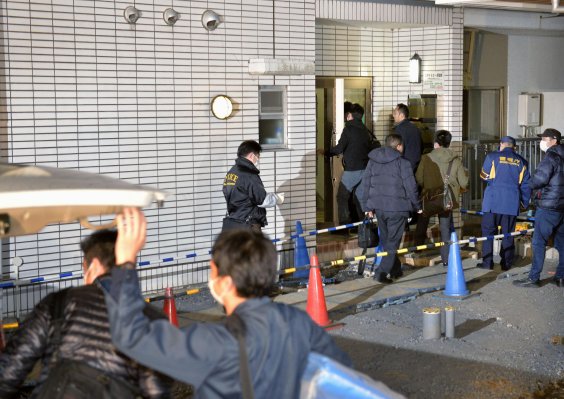 Japanese Teen Escapes After Being Held Captive for 2 Years
Next Up: Editor's Pick