On April 12, however, an amendment was filed. Ronald Wayne was giving up his status as partner, and all of his obligations and responsibilities would be taken over by Jobs and Wozniak. In exchange, he would receive $800. (He later received another $1,500 from the company.)

Wayne, as he would later explain in his memoir Adventures of an Apple Founder, had first gotten involved when Jobs and Wozniak had a “modest philosophical difference” and Jobs, who had met Wayne through his work at Atari, asked for advice.

Read more: Behold, Some of the First Apple Computer Photos Ever

That decision has made Wayne famous for giving up a stake in the company that would be worth billions of dollars today. In 2010, he told the San Jose Mercury News that he walked away partly out of fear that his much-younger co-founders couldn’t hack the business side, and that he was “terrified to be the only one of the three founders with assets that creditors could seize.” In 2012, on Facebook, Wayne offered a full explanation, from his perspective, of why he walked away:

In 2011, one of the original contracts was sold at auction for $1.35 million. It was Ronald Wayne’s copy. 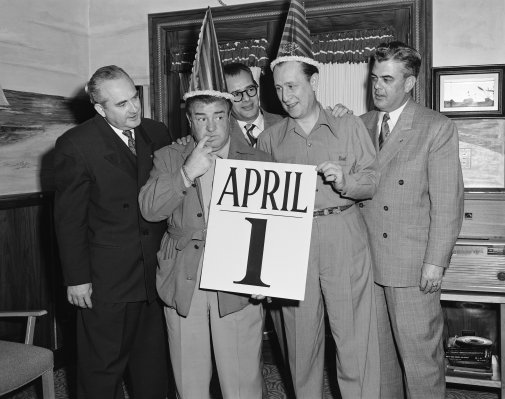 The Mystery Behind April Fools' Day
Next Up: Editor's Pick