Hillary Clinton called on the Senate on Monday in some of her strongest language to date to consider the nomination of Judge Merrick Garland to the Supreme Court, putting herself at the center of the country’s most contentious political debate ahead of a November general election.

The Democratic front runner also went further than she has before in laying out a vision for an active and liberal Supreme Court that will expand the rights of unions, overturn Citizens United and stand for women’s access to abortions.

“In a single term, the Supreme Court could demolish pillars of the progressive movement,” Clinton said Monday afternoon at the University of Wisconsin in Madison. “As someone who has worked on every single one of these issues for decades, I see this as a make or break moment.”

Most Republicans in the Senate have vowed not to consider President Obama’s nomination of Judge Merrick Garland to the Supreme Court, saying that a nominee should not be considered in an election year. Despite intense pressure from Democrats and the White House, Sen. Chuck Grassley, chairman of the Senate Judiciary Committee, has said he would not consider Garland.

Now Clinton has joined the fray, making a progressive Supreme Court the centerpiece of her campaign and kickstarting a showdown ahead of a widely anticipated general election against Donald Trump.

Clinton accused Republicans of chronic obstructionism, saying their wanting to put off considering Garland was reflective of the GOP-controlled Congress during the Obama years. “That fight is revealing the worst of our politics,” Clinton told the small crowd, which included a number of law students. “The same obstructions we’ve seen from Republicans since the beginning of the Obama administration the same disregard for the rules of law… It’s corroding our democracy and it has to stop.”

As a general election approaches, conservatives are responding in kind. “Like President Obama, Hillary wants a Supreme Court that follows her extreme political agenda — one that will distort the law and the Constitution to gut the Second Amendment, legalize extreme policies like partial birth abortion, and rubber-stamp the EPA’s war on coal,” said Carrie Severino, former Supreme Court clerk for Justice Clarence Thomas and policy director of the conservative Judicial Crisis Network.

Clinton has chosen a popular battle as a centerpiece for her campaign. A recent CNN poll showed that two-thirds of voters (64%) want the Republican leadership to hold confirmation hearings on Garland, and a majority (52%) of voters would like to see him confirmed.

Widespread frustration with Congress has become a calling card for both Republicans and Democrats, but Clinton hopes to use it to her particular advantage in the fall.

Even as Clinton seeks to reach progressives with her message of a more liberal court, she will have to overcome a lack of enthusiasm on the left for Merrick Garland. Garland has won praise from both Democrats and Republicans, and is not progressive dream pick: after Obama announced his nomination, liberal groups expressed begrudging support.

Clinton nodded to that in response to questions after her speech, saying she would not “second guess” Obama’s choice but suggested Obama nominated Garland as a consensus pick.

Clinton also implied she would choose a staunchly liberal nominee. Invoking a wide range of general election issues that will appeal to progressives, including abortion access, overturning Citizens United and expanding on the Obama administration’s efforts to fight climate change by regulating coal-fired power plants, Clinton called the Supreme Court a key ally “the little guy.”

“At its best, the court is a place where the least powerful voices in our society are heard and protected,” Clinton said. “More and more it’s doing the opposite: protecting the rich guy against the little guy.”

Clinton also added that if she wins the Democratic nomination against Vermont Sen. Bernie Sanders, as her aides expect, she would begin considering names for judgeships.

Wisconsin voters will cast ballots in the Democratic primary next week for Sanders and Clinton, who then move on to contests in New York, Pennsylvania and ultimately California in early June. 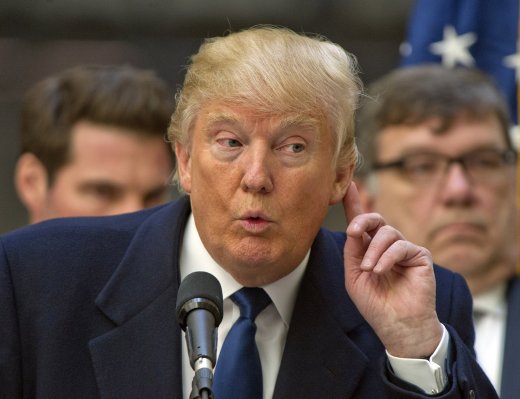