Air pollution leads to 16,000 premature births in the United States each year, leading to billions of dollars in economic costs, according to new research.

Researchers behind the study, published in the journal Environmental Health Perspectives, found that preterm births associated with particulate matter—a type of pollutant—led to more than $4 billion in economic costs in 2010 due to medical care and lost productivity that results from disability. And, like many other public health issues, affected populations tend to be concentrated in low-income areas home to large numbers of minorities.

“This is another piece of the evidentiary pie about why we should really be doing something about air pollution,” says Tracey Woodruff, a professor who studies reproductive health and the environment at the University of California, San Francisco. “When you reduce air pollution you get lots of different health benefits.”

Countless studies have shown the effect of air pollution on cardiovascular and respiratory health—killing millions each year. Air pollution leads to inflammation in blood vessels and contributes to lung cancer, asthma and a slew of other disorders. The effect on pregnancy may in some ways be an extension of those effects as air pollution disrupts the way a pregnant woman delivers oxygen to the fetus. Air pollution may also disrupt the endocrine system, keeping women from producing a protein needed to regulate pregnancy, researchers say.

Read More: The Strange Cause of Air Pollution Decline in the Middle East

The study adds to a growing body of research showing that air pollution still exacts a toll on developed countries in addition to killing millions in places like China and India. Air pollution kills nearly 55,000, 35,000 and 25,000 annually in the U.S., Germany and Japan respectively, according to research in the journal Nature. And, as the new research shows, those deaths are just the beginning of a slew of problems linked to pollution that include diabetes, obesity, impaired cognitive development, anxiety, depression and suicide.

Like many toxins, researchers say there’s no safe level of exposure to air pollution and pregnancy provides an ideal time to consider the hazards in your surroundings. Pregnant women may want consider moving away from areas with heavy pollution or at least purchase air filters and close windows during high traffic periods. “There are substantial environmental contributors to preterm birth,” says study author Leonardo Trasande, a New York University professor. “This is an opportunity for women and families to advocate for efforts to prevent environmental contributors that are really under recognized.”

But individual actions can only go so far, and the new research provides an accounting of the costs policymakers should consider when tackling air pollution from the closing of heavy polluting power plants to policies designed to mitigate traffic.

“The risk seems to be existent down to the lowest levels we can measure in a populated area,” says Michael Brauer, an environmental health professor at the University of British Columbia. “While it goes up, it doesn’t necessarily go up in a linear fashion.” And that means any air pollution is still dangerous air pollution. 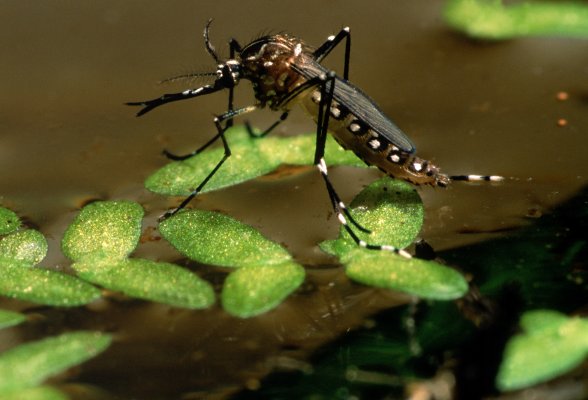 5 Mysterious Diseases You Should Know About
Next Up: Editor's Pick