Caitlyn Jenner: The Story of One Man's Love for a Trans Woman

This article was written by Caitlyn Jenner and Jarid Bartow for WhoSay as part of an on-going original series that explores issues and people in the LGBT community.

Ever since I transitioned, I’ve been asked, “Who are you going to date?” Here’s my answer: Me!

Nine months into this and I’m still learning who I am.

However, the road trip with my girls has put a lot of things into perspective. Something that has really struck me is the difficulty of dating as trans woman or trans man. Because I get so many questions about this topic, I thought I’d consult with someone who knows a lot more about this topic than I do.

During a dinner discussion in the first episode of this season’s I am Cait, Kate Bornstein brought up a powerful point about the acceptance of men who love trans women: “… This whole notion of ‘chasers’ has got to get out of the field of being perverted. It’s got to become as beautiful to love a trans person as it is to love a cis person.” Jenny Boylan then added: “… The men who love us need to be the ones to stand up and take responsibility and testify to that.”

Here is my testimony:

I am a cis man who loves a trans woman.

More specifically, I love a trans woman named Zackary Drucker. Loving her comes easily because she is such a phenomenal human being. It’s simply a matter of fact: She’s a total babe, and I am one lucky man.

We first met eight years ago at an underground club in downtown Los Angeles. Zackary was working the door, greeting the partygoers. I was immediately enamored when I got to the front of the line and laid eyes on her. She had mad style, androgynous and cool. Her warm smile, coupled with the most beautiful blue eyes, made me melt.

While my friends were upstairs dancing and drinking, I found myself drawn back to Zackary’s station at the entry and began flirting with her. We immediately clicked, and she gave me her number at the end of the night. I treasured the paper it was written on and neatly tucked it in my wallet.

But I did not call. And later, I lost her number.

I admit: At the time I wasn’t ready for a girl like her, mostly because I was immature and self-conscious. I cared too much about the opinions of my associates in a conservative career. I wondered what they would think if I dated a trans woman. (Now I know the basic truth: Nobody cares.)

A few years later, another trans woman, Gigi, entered my life. She lived a block away, and I’d often run into her walking her big, handsome dog, Junior. We developed a wonderful, platonic friendship. She cooked homemade meals for me, and I’d occasionally dog-sit Junior. Her nurturing character picked me up when I was going through a rough time in my life.

I became more sensitive and sympathetic to transgender issues because of Gigi. At the same time, I grew more secure, less judgmental about myself and towards others. The friendship gradually opened me up to the possibility of dating a trans woman.

I never forgot about Zackary. Occasionally I’d see her at a friend’s birthday party or an art opening. She always stood out in a crowd. It seemed she was magically getting more beautiful and confident every time I’d see her.

As her art career catapulted, I encountered evidence of Zackary wherever I went. I’d go to friends’ houses and find her photos hanging on their walls. Every friend we had in common loved her and spoke highly of her. At a book fair, I was awestruck after coming across Translady Fanzine, a collection of photos by Zackary and Amos Mac. It was then I finally decided to reach out to Zackary and humbly tell her I was a fan. More importantly, I was now unafraid to call myself a Trans Fan.

In my first email to her I predicted, “We have a lot in common and much to share.” It’s proved to be true. One mutual activity we enjoy together is hiking. On an early date, we hiked to a summit high above the city called Mt. Disappointment. Our relationship together has been quite the opposite. The view has been spectacular.

Thank you, Zackary Drucker. From you I have learned:

This is my testimony.

Jerid Bartow is an Urban Designer working in development in Downtown LA. He is an avid traveler, gardener, and cyclist. This June he will ride his bike from San Francisco to Los Angeles as a participate of AIDS/Lifecycle. Donate here.

For more information on the transgender movement, see a list of resources at CaitlynJenner.com 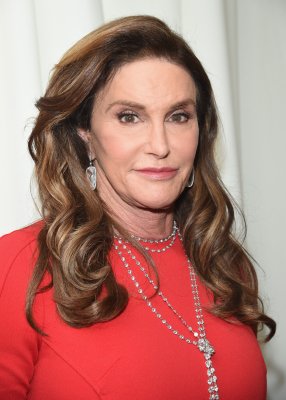 Caitlyn Jenner: My Secret Mantra in Life
Next Up: Editor's Pick