This Virtual Reality Fan Got a Very Special Delivery

Ross Martin, an indie developer and virtual reality enthusiast, got a surprise visit from Oculus VR founder Palmer Luckey over the weekend.

Luckey traveled to Anchorage, Alaska to personally deliver the highly anticipated Oculus Rift virtual reality headset to Martin, who was the first customer to preorder the device.

“Take care of it, Ross, hundred of man-years are tied up in that thing!” Luckey wrote in a Facebook post detailing his meeting with Martin.

Luckey brought the Rift to Martin two days before the headset was scheduled to ship out to its first customers on March 28. The final, $600 version of the Rift has been available for preorder since January. Buyers will also need a capable PC with specifications that are powerful enough to power the headset.

The Oculus Rift has been among the most anticipated tech product launches since it started as a Kickstarter project in 2012. Facebook bought Oculus VR in 2014 for $2 billion, calling the Rift “a new communication platform.” 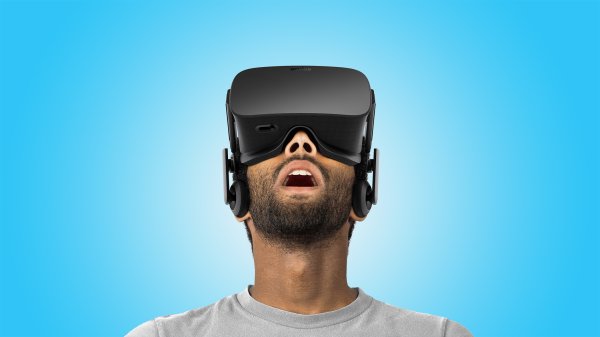 Everything You Need to Know About the Oculus Rift
Next Up: Editor's Pick