John Miller, the New York City Police Department’s deputy commissioner of intelligence and counterterrorism, blasted the Texas Senator for his suggestion that the federal government should “empower law enforcement to patrol and secure Muslim neighborhoods before they become radicalized” following the deadly Brussels terrorist attacks. Miller said the idea was birthed out of fear.

“When you have people campaigning through fear and using that as leverage, and then giving advice to police to be the cudgel of that fear, that’s not the direction American policing should be taking in a democracy,” Miller said on CBS’s Face the Nation. “We’re the proudest country on the planet and that’s because we have been a leader on freedom and human rights and everything else.”

“I think in our history if there are moments of shame it would be Japanese internment, the Red Scare and McCarthyism, torture after 9/11 — these are things that on reflection, through history, the American people have rejected,” he added.

Many leaders have rushed to denounce Cruz’s proposal, including President Obama who called it “wrong and un-American.” 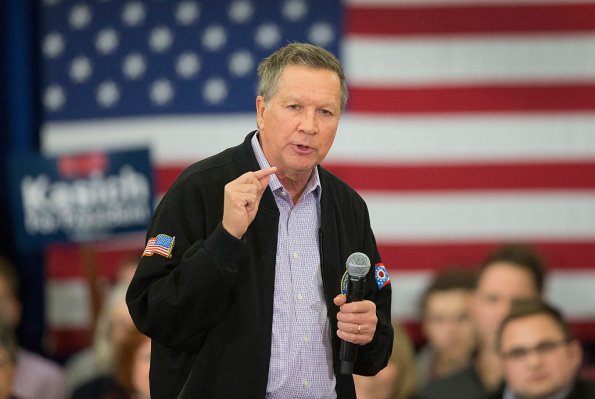 John Kasich Says Families Should Be ‘Off Limits’ in Elections
Next Up: Editor's Pick