Donald Trump Explains Why His Foreign Policy Is So Vague

In a lengthy interview published on Saturday, Republican presidential frontrunner Donald Trump said he has avoided being too specific about his foreign policy views because he “wouldn’t want [adversaries] to know what my real thinking is.”

In the 100-minute interview about foreign policy, conducted by the New York Times on Friday, Trump answered questions about using nuclear weapons, defeating ISIS and the problems with NATO.

Asked how he would handle tensions in the South China Sea, Trump said he would use better trade deals to negotiate with China—something he has routinely promised to do during his campaign—but he declined to be more specific about his strategy.

“Would I go to war? Look, let me just tell you. There’s a question I wouldn’t want to answer,” Trump said. “I don’t want to say what I’d do because, again, we need unpredictability. You know, if I win, I don’t want to be in a position where I’ve said I would or I wouldn’t. I don’t want them to know what I’m thinking.”

Trump has been targeted in recent weeks by opponents criticizing him for a lack of foreign policy expertise.

Read the complete interview transcript on The New York Times. 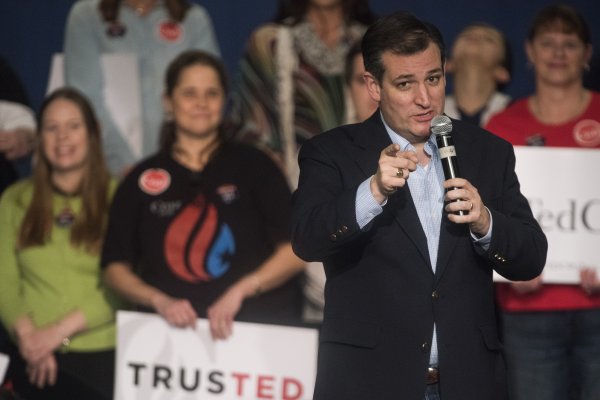