Amy Adams has her gurgling Batman voice down pat, but can she sing Rihanna’s “Work” with it? The Batman v Superman actress appeared on The Tonight Show, on which host Jimmy Fallon threw a new game her way called Box of Microphones.

After picking a random song to sing, Fallon’s guests must choose one of a variety of microphones, each one with a different voice-changer. Adams chose red, which made her “Work” performance sound like it was coming from Batfleck.

Fallon followed up with a performance of Justin Bieber’s “Sorry” while channeling Alvin and the Chipmunks, and the pair finished with a voice-changing duet of “You’re the One That I Want” from Grease. Watch all the shenanigans below. 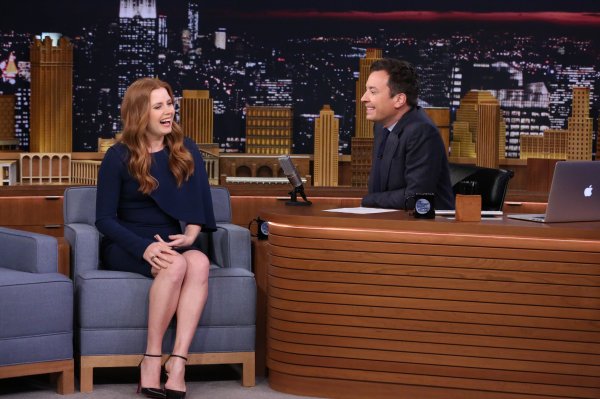 See Amy Adams Make Herself Cry on Command Over Sriracha
Next Up: Editor's Pick