Axl Rose Might Be Joining AC/DC as a Guest Vocalist

Axl Rose performs during "Guns N' Roses - An Evening of Destruction. No Trickery!" in Las Vegas, Nevada, on May 21, 2014.
Ethan Miller—Getty Images
By NME

The son of AC/DC guitarist Malcolm Young seems to have confirmed recent reports that Guns N’ Roses frontman Axl Rose is set to fill in for Brian Johnson as the band’s frontman for the rest of the hard rock outfit’s tour.

The Australian group recently rescheduled a handful of US live dates after singer Johnson was advised by doctors to “stop touring immediately or risk total hearing loss”. The group issued a statement on their official website confirming that the remaining dates of their US tour will be “made up later in the year, likely with a guest vocalist”.

Reports recently suggested that Rose was set to team up with AC/DC for the remainder of their tour, with Alternative Nation reporting that Ross Young, the son of Malcolm Young who retired from the group in 2014 due to dementia, has claimed the rumors to be correct. Ross allegedly posted a link to online reports to Facebook and in comments wrote: “It’s true” and “He can and he will”. He later deleted the posts.

The band’s press representative previously replied to NME‘s request for a comment, saying: “Nothing official to announce. Will update you if that changes.”

NME has also approached a press representative of Guns N’ Roses for a response to the reports.

As previously reported by Alternative Nation, a radio DJ from Atlanta named Jason Bailey has claimed that a “very very good source” informed him that Rose will join the band for the rest of their tour dates after being “flown in” to the US city to audition with the group.

“This is what I’m being told, Axl was meeting with the AC/DC group, because it’s all but a done deal that Axl will front AC/DC for the ten remaining shows. All ten, including Atlanta,” the Atlanta Radio 100.5 DJ is quoted as saying.

He added: “From what I was told, this was all kind of new inside information to me, Angus [Young, AC/DC guitarist] is a very black and white guy. He’s like, Brian, for health reasons, can’t continue fronting the band. He was supposed to retire after the last tour, so they wanted to continue going out on the road and continue making music, so if you can’t do it, we appreciate your services, but the show must go on.”

“They’re in town, they were auditioning people for the job, and then they flew Axl in, again, this is from my source.”

Guns N’ Roses fansite GnR Truth had previously alleged that Axl Rose was spotted in Atlanta recently, further speculating that he might have been auditioning to link up live with AC/DC.

Following speculation over Brian Johnson’s replacement, comedian Jim Breuer recently claimed on his The Metal In Me podcast that Johnson feels like he’s been “kicked to the curb” by the band. However, Breuer later backtracked on his comments, saying that he got “carried away”.

Johnson has been AC/DC’s lead vocalist since 1980, joining the group following the death of previous singer Bon Scott.

AC/DC had also been set to perform stadium gigs in Manchester and London during June, although it is not currently known whether these shows will continue to go ahead with or without Johnson.

The “classic”-era line-up of Guns N’ Roses, meanwhile, are set to reunite this summer for a series of live dates, including a headline slot at US festival Coachella in April and warm up gigs in Las Vegas.

Axl Rose has been confirmed to unite with Slash and Duff McKagan for the shows. Further live dates, including rumours of UK festivals and a stadium tour, remain unconfirmed at present.

This article originally appeared at NME.com 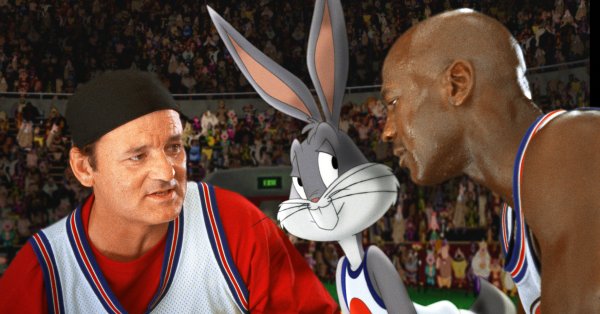