Few literary phenomena have accrued the ravenous fanbase spawned by J.K. Rowling’s Harry Potter. A treasure trove of theories, fan fiction, and other ephemera exists at the Internet ready, and Rowling regularly contributes post-series musings to the conversation. The latest spin-off comes in the form of a fan-made prequel posted to YouTube earlier this month.

Written and directed by Los Angeles video editor Justin Zagri, the 25-minute video picks up in 1978, just after the Marauders — James Potter, Sirius Black, Peter Pettigrew, and Remus Lupin — have graduated from Hogwarts. The strapping young foursome gather at a nearby pub to reflect on their time at the School of Witchcraft and Wizardry, discussing everything from Potter’s love affair with soon-to-be-wife Lily and the impending threat of war on their supernatural world.

Soon enough, Severus Snape waltzes in to give their sentimental get together some action. He exchanges a few harsh words with Potter, and the pair set off to a blackened forest to defend Lily’s honor in a high-thrill brawl.

According to Buzzfeed, the entire film was shot in four days. Post-production took roughly a year to complete, but to stunning results: the visual effects are remarkable. Unfortunately, it’s probably too late for Rowling to take note for the official Harry Potter prequel, Fantastic Beasts and Where to Find Them, which debuts in theaters in November. 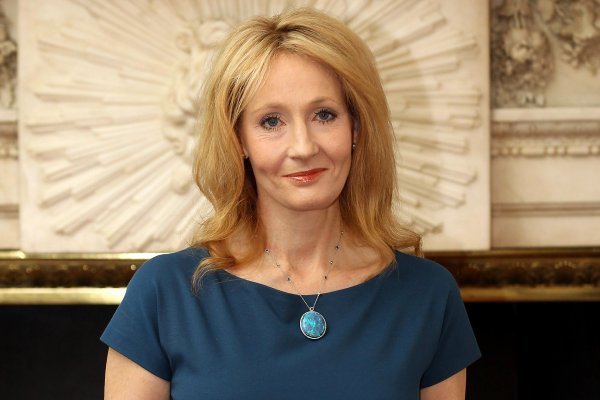