Ben Affleck and Jimmy Fallon racked up puppies as prizes during a pop quiz segment of Thursday’s Tonight Show.

In the game, Affleck, 43, and Fallon went head to head as they answered animal-based questions, each worth a puppy dressed in an adorable superhero costume.

Although Affleck didn’t reign victorious until the very last round – final puppardy – his strategy of waiting until the end to win definitely paid off as he only had to cuddle one puppy while his opponent attempted to hold five.

However, in the end, the Batman vs. Superman star came out on top when he answered the final question correctly, allowing him to steal all of Fallon’s pups, leaving him with an adorable handful of six. 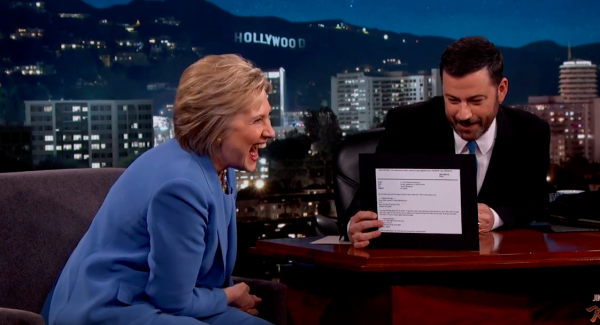 Watch Hillary Clinton Talk About Emails, Apples and Pot With Kimmel
Next Up: Editor's Pick