On Thursday night, Hillary Clinton was on with Jimmy Kimmel, who apparently isn’t “sick and tired of hearing about her damn emails,” as Bernie Sanders famously put it. Kimmel in fact had one of them printed out — it was about apples. Clinton, formerly a Senator from the state that produces 11% of the nation’s apples, wanted some for “personal use.”

“So this is about pot, right?” Kimmel asked, prompting Clinton to crack up. But the joke was an opportunity for her to clarify her stance on decriminalizing marijuana, which is more reserved than that of Senator Sanders’. Unlike Sanders, she doesn’t support decriminalizing the drug at the federal level.

“I absolutely support all the states that are moving toward medical marijuana, moving toward absolutely legalizing it for recreational use, but I want to see what the states learn from that experience,” she told Kimmel. “There are still a lot of questions we have to answer at the federal level.”

She went on by saying that she wants to place marijuana on a “lower schedule” — it’s currently a Schedule I substance, alongside heroin — to permit further research into its potential medical applications, rather than diving headfirst into the decriminalization process.

“There’s some great evidence about what marijuana can do for people who are in cancer treatments, who have other kinds of chronic diseases, who are suffering from intense pain … but I want us to start doing the research,” she said. 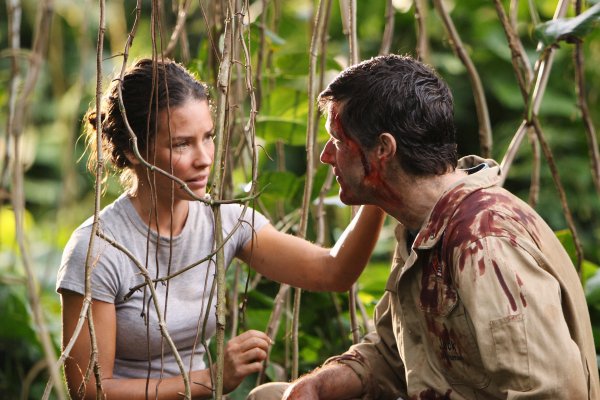 Lost Concert to Touch Down in Los Angeles
Next Up: Editor's Pick