Tracy Morgan on "Barbara Walters Presents: The 10 Most Fascinating People of 2015," on Dec. 17 2015.
Heidi Gutman—ABC/Getty Images
By Aaron Couch / People

Tracy Morgan continues to move on after being seriously injured in an accident that left him in hospitalized in 2014, but the path to recovery has not been easy.

Morgan opens up about the difficult times following his accident in a new interview with Rolling Stone, where he admits he considered suicide during the process.

“My thoughts – I was sitting right here, contemplating suicide. I couldn’t walk,” Morgan said of his time spent bedridden.

Morgan, 47, said he pushed through the pain and now focuses on the many things he has to live for, including his wife Megan Wollover, 29, and their daughter Maven, 2.

“It’s gonna take more than 18 wheels for me to get out of here. I have to raise my girl, raise my wife, raise my family.” Jordan said, going on to say he counts his exotic pets as among the things keeping him going. “Gotta keep my octopus alive. Gotta keep my sharks alive. Those are God’s creatures! I’m needed!”
As he recovered, Morgan pushed to move home rather than stay in the hospital – even as a doctor told him his accident was one of the biggest in the world.

“A doctor said, ‘The two biggest accidents in the world was yours and Princess Diana,’ ” said Morgan. “Think about it. That’s heavy s—.”

Morgan also opened up about losing his mentor James NcNair in the accident.

“Emotionally, it’s hard for me to deal with,” said Morgan. “I asked everybody to be there that night. I have to live with that. But I had to forgive myself. I know Jimmy would want it like that.”

After his wedding in August, he credited his wife with helping him through the tough times. “Megan was by my side throughout all of the hard times of this past year,” he told PEOPLE at the time. “She is my rock, and I couldn’t be happier to have her take my last name. We are the Morgans!” 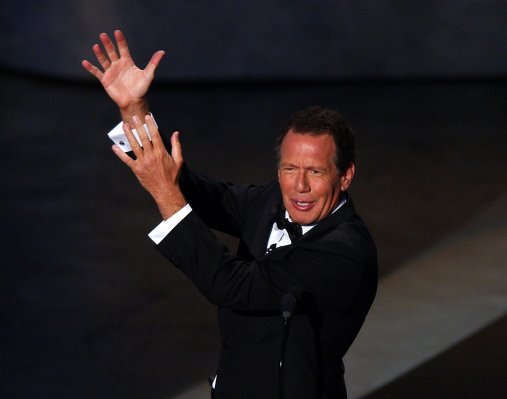 Garry Shandling Chose to 'Stop and Live'
Next Up: Editor's Pick