Kerry and Lavrov to Discuss Ukraine in Paris Meeting

U.S. Secretary of State John Kerry arrived in Paris Saturday ahead of a Sunday meeting with Russian Foreign Minister Sergei Lavrov. The top diplomats’ gathering was scheduled after Kerry unexpectedly canceled his return trip to the U.S. following a call between U.S. President Barack Obama and Russian President Vladimir Putin.

The meeting will take place as Russia seeks to calm fears it plans further invasions in Eastern Ukraine. “We have absolutely no intention of – or interest in – crossing Ukraine’s borders,” Lavrov said on Russian television, Reuters reports, despite reports of Russian troops amassing on the Ukrainian border.

Lavrov’s comments came a day after Russian Putin called Obama in an attempt to open dialogue between the Kremlin and the West. Kerry and Lavrov spoke on the phone Saturday to follow-up on their bosses’ call and schedule Sunday’s planned meeting.

Lavrov said in his televised statement that Russia is ready to protect the rights of Russian speakers in eastern Ukraine. U.S. officials say as many as 40,000 Russian troops may be in position on the Ukrainian border.

“We view it as a concrete threat to Ukraine and see the potential for further interventions,” NATO Secretary General Anders Fogh Rasmussen said. “I fear that it is not yet enough for [Putin].” 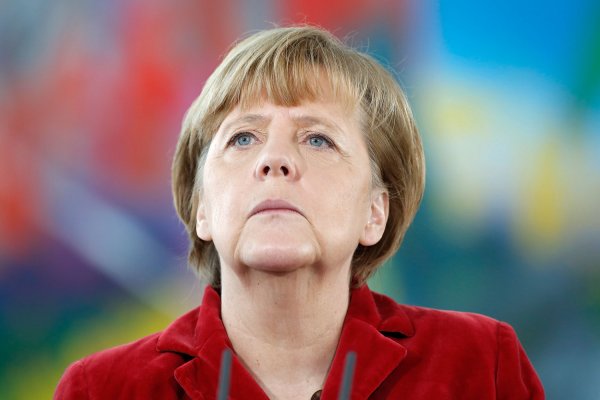