Koen Geens addresses the media after a meeting of EU interior and justice ministers in Brussels, on March 24, 2016.
Geert Vanden Wijngaert—AP
By Julia Zorthian

Belgium’s Justice Minister said Thursday that the Belgian government should have acted on a request by Turkey last June to take one of the bombers in Tuesday’s attacks into custody.

Koen Geens confirmed Thursday that Turkish police had previously arrested Ibrahim el-Bakraoui, and said authorities had not heeded their recommendation to detain el-Bakraoui in Belgium, the New York Times reports.

This marks the first major admission from a Belgian official that the government made any mistakes that could have led to the terror attacks.

Read More: Belgium’s Security Failures Made the Brussels Attacks All But Inevitable

The March 22 attacks in Brussels have highlighted security challenges facing Europe, and revealed how Belgium has struggled to rise to those challenges.

Between the time of Salah Abdeslam’s capture on Friday and the attacks Tuesday morning, police authorities questioned the Paris suspect for only one hour on Saturday, Politico reports, because Abdeslam was fatigued and in recovery after suffering a gunshot wound to his leg during his capture.

Both Geens and Belgium’s Interior Minister Jan Jambon offered to step down on Thursday, but Prime Minister Charles Michel did not accept their resignations. 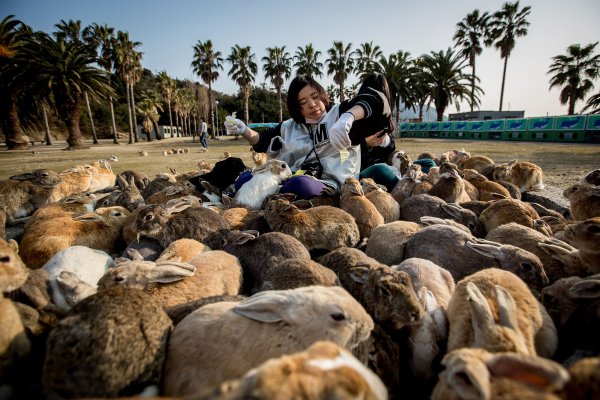 See This Japanese Island Totally Taken Over by Cute Bunnies
Next Up: Editor's Pick