By Graeme McMillan / The Hollywood Reporter

The latest trailer for the home release of Star Wars: The Force Awakens teases an unseen moment guaranteed to make fans of the movie shake with excitement: Kylo Ren on board the Millennium Falcon.

That homecoming is just one of a number of deleted scenes previewed in the “Deleted Scenes Trailer” for the movie’s Blu-ray release. (No dialogue is heard during the trailer’s tease of the scene, so fans will have to wait to find out if Kylo ends up saying something like, “I remember growing up here, on my dad’s ship, no wait, is that a spoiler?”)

Other scenes previewed include Han, Chewie, Finn and Maz Kanata faced with Stormtroopers underneath her bar, and scenes of activity surrounding Daisy Ridley’s Rey in the Rebel base. Around seven deleted sequences from the movie are expected to be included in the home release of the movie, according to editors who worked on the project.

Star Wars: The Force Awakens will be released April 1 for digital download, and April 5 on Blu-ray Combo Pack and DVD. 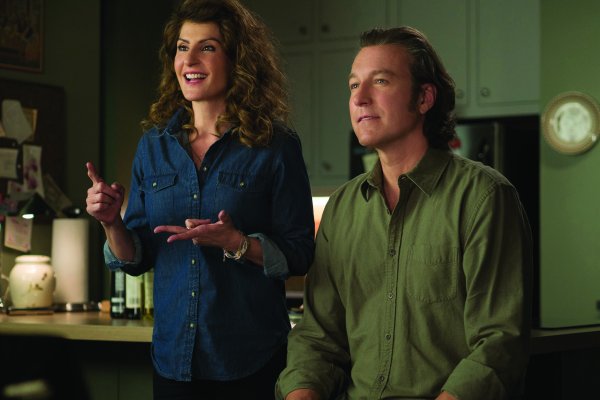 How Greek Weddings Got So Big
Next Up: Editor's Pick