Ice-T is a man of many talents: rapper, actor, reality TV star. According to Jimmy Fallon, he’s also a great voice actor. So for Ice-T’s Wednesday appearance on The Tonight Show, Fallon had the actor provide new voiceovers for a bunch of old cartoons, pretending they were old classics being unearthed.

For instance, when Fallon played a clip from an old Peanuts cartoon with Ice-T’s voice dubbed over it, one of the characters declared “Yo, my man Charlie Brown is straight-up baked.” Another clip was from Super Friends with Ice-T as Batman telling his sidekick, “Man the f—k up, Robin, you little b—h.”

The Duck Tales redux had an even more modern spin. Ice-T’s Uncle Scrooge declined to hang out with his duck nephews, telling them, “Sorry kids, my Tinder date’s on her way and we’re gonna Netflix and chill. In other words, we f—k.” The final voiceover was for aSpongeBob SquarePants scene in which Ice-T as Squidward told the protagonist, “Back the f—k up, SpongeBitch SquareD—k.”

Fallon’s facial reactions to each clip were priceless. Watch the full clip above. 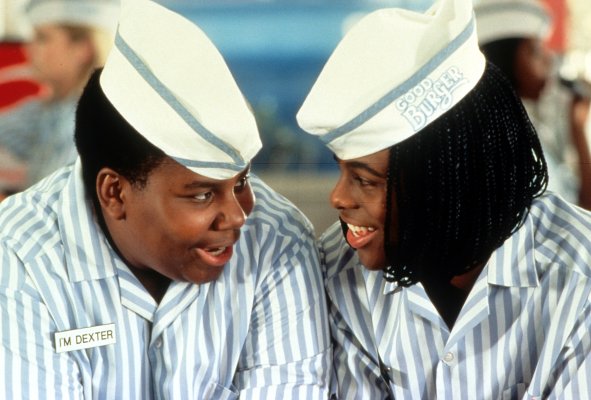 Watch the First Teaser From the All That Reunion
Next Up: Editor's Pick