Kristen Bell's Daughters Are Not Fans of Frozen

Ever since Elsa and Anna first debuted on screen in 2013, Frozen has become a staple in the movie rotation for kids everywhere. Young girls, in particular, are known to belt “Let It Go” and request princess impersonators at birthday parties. Not Kristen Bell’s daughters, however. Bell voiced Anna in the Disney film but told Jimmy Kimmel on Wednesday that her children couldn’t care less.

“They live to break down my self-esteem,” Bell said. “It’s that, and they don’t watch much TV. I mean they’re 1 and 3. They’re new to it all. But [the 3-year-old] was sick last month and Dax had said, ‘Should we put on a movie? Should we blow her mind and put on Frozen?’ And we did, and about 15 minutes in she said, ‘Mummy, I think you should turn this off.’ She didn’t like it.”

“Who could’ve guessed you’d have the only children in America who don’t like Frozen?” Kimmel asked. “But I guess it makes sense. No one wants to hear their mother sing, right?” 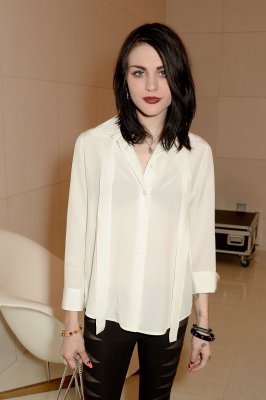 Frances Bean Cobain Files for Divorce
Next Up: Editor's Pick