An Australian woman was sentenced Wednesday to a 10-month prison term in Singapore on charges of sedition for posting false stories to her now defunct website, the Real Singapore.

The articles Ai Takagi posted “were intended from the outset to provoke unwarranted hatred against foreigners in Singapore,” District Judge Salina Ishak said according to the New York Times. Prosecutors called the stories “outright fabrication” and described them as “slow-burning sedition.”

She was arrested during a visit to Singapore last year.

Prosecutors had pushed for a 14-month sentence for a crime that carries a maximum sentence of three years in jail. The sedition act makes it illegal to promote feeling of ill will between races in the crowded city-state that is home to large populations of Malays, Chinese, Indians and Filipinos.

Takagi pleaded guilty to four counts of sedition and apologized in court. “I love Singapore and hope to call it my home permanently,” she said according to Channel News Asia. “I was not fully aware of the level of sensitivity needed when dealing with topics related to racial and religious issues in Singapore.”

The ethnically Japanese 23-year-old, who is eight weeks pregnant, was arrested last year while visiting the Southeast Asian city-state. She had been editing the website from Brisbane with the help of her Singaporean husband Yang Kaiheng. He also faces charges, but pleaded not guilty. 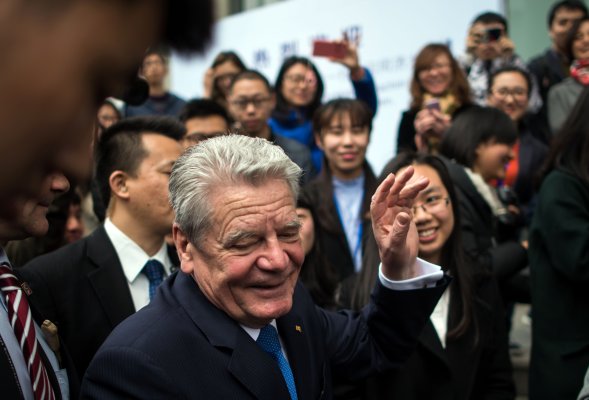