Review: The Catch Proves Why Casting is So Important

On Thursday night, ABC debuts the latest of their Shonda Rhimes and Rhimes-adjacent dramas, The Catch. (Rhimes did not create the series, but serves as executive producer along with longtime associate Betsy Beers.) The show represents the most meaningful failing in memory of Rhimes’s usually razor-sharp casting. There’s a lot going against The Catch in its first hour, but it fails first—and most fundamentally—on the basis of its misbegotten central couple, both of whom are performing in shows different than this one.

Here, L.A. private investigator Alice Vaughan is played by Mireille Enos, the actress from The Killing whose grimly determined turn as fundamentalist twins on Big Love was one of my favorite supporting performances of its era. Enos has a great deal to recommend her as a performer, but “levity” is not—or at least not on so far on The Catch—in her toolkit.

Which is too bad, because the pilot of The Catch makes clear the show will rise or fall on its breeziness. It less resembles ABC’s Rhimes dramas like Scandal or How to Get Away With Murder than it does the cutesy summer shows the USA Network has only recently begun to move away from. The proudly unattractive fractal-skyline effects that transition us between scenes and the writing indicate that this is meant to be a silly delight. “This is the fun part,” Enos murmurs, zip-cuffing a perp before turning him over to the authorities. Anyone who barely makes out the word “fun” may well ask themselves: Is it?

All gritty intensity, Enos is asked to sell a caper, but the inciting incident—her husband turns out to be a con artist who disappears, taking her money with him—is played less as melodrama than as farce. “I will make every trace of you disappear,” one of her husband’s allies tells her before his disappearing act. “DNA, fingerprints, all of it—gone! Like Christopher Hall never existed. Which he never did. Right?” That this exchange goes on between three and four sentences longer than it needs to isn’t the only problem. The bigger issue is that Christopher Hall, played by Peter Krause, responds to pure goofiness as though he’s the tormented hero in the penultimate scene of a DC Comics film.

This isn’t to say that great actors cannot elevate shoddy material; that happens on prime-time every night of the week. But it’s puzzling that The Catch, in its very early going Rhimes’s most outright light-hearted show yet, bears the weight of two stars’ baggage. Enos and Six Feet Under‘s Krause are both locked into personae and styles of acting that put a dark cloud over The Catch‘s blue sky. When Krause steps out of the scissor doors of a Lamborghini Aventador in his first appearance on the show, he should look sexily insouciant, engaged in the glamour of the chase. Instead, he just looks bummed out.

Great casting has saved, or at least prolonged, various Rhimes shows. Viola Davis’s work on How to Get Away With Murder is by far the most interesting thing on that series; Kerry Washington’s chemistry with Tony Goldwyn turned Scandal‘s sometimes repetitive love plot over the first several seasons into must-see stuff. Here, Enos and Krause’s chemistry is less that of a couple obsessed with each other, first in love and then in deception (as we’re told), but that of two melancholy souls. Their de rigeur sex scene feels almost embarrassing to watch. Perhaps their dark energies would provide great stuff for a show with a less sassy attitude towards law enforcement, but here it’s just confusing.

It’s hard to apply blame, here: The series underwent both recasting of the Krause role and a full-on reshoot of the pilot. And it’s easy to imagine that the show will find its way away from the dopey potboiler its script wants it to be and into something in line with Krause’s and Enos’s mutual angst. But don’t blame audiences if they can’t stick around quite that long. 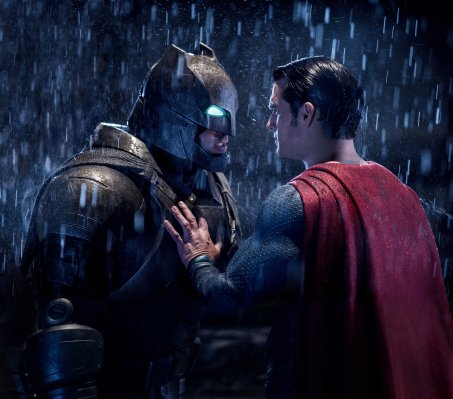 The Battle Between Batman and Superman Already Has a Winner
Next Up: Editor's Pick