Here’s What You Probably Missed in Batman v Superman

So you’ve seen Batman v Superman: Dawn of Justice. But did you notice all the characters and allusions in the movie? The film is jam-packed with cameos, hints as to what has happened before and nods at what’s to come. If you blinked, you probably missed something. Here is everything you didn’t catch between the punches.

For those who missed the 2013 Superman reboot, it might be helpful to know that the destruction of Metropolis at the beginning of Batman v Superman is taken directly from the final scenes of Man of Steel. From Superman’s perspective, he saves Metropolis (and Lois Lane) from certain doom. But Batman sees it differently as he races through the city, dodging collapsing buildings and saving little girls. One man’s heroic deed is another man’s debacle.

MORE Explaining That Monster at the End of Batman v Superman

In the briefest of flashes, we see Batman look up at a suit covered in graffiti: “Hahaha Joke’s on you Batman.” Ben Affleck confirmed in an interview with Entertainment Weekly that this is Robin’s uniform. The sidekick has been killed before the film starts and Batman is still absorbing the blow.

Given that both the Joker (now played by Jared Leto) and Affleck’s Batman will show up in August’s Suicide Squad, we may find out the Joker-Robin backstory this year.

In a dream sequence, Batman and a group of followers try to steal Kryptonite from a truck in the desert before being attacked by Superman’s men, some of whom have insect wings. Batman is kidnapped by Superman and confronted by him. While this dream is trippy enough as is, there are some key elements that suggest this vision is of an apocalyptic world.

Batman and Superman both strictly adhere to certain moral codes. Batman, for instance, doesn’t shoot people with guns. And yet, he’s mowing down men with firearms in this dream. Superman, for his part, doesn’t kill people—and fans were up in arms when he did so in Man of Steel. But Superman also does not cultivate followers to worship him. Men bowing to Superman, as they do in the dream, means that Superman has thrown away his principles and fashioned himself as a god. In short: this nightmare is the world’s worst case scenario.

It’s the Flash who warns Batman about Lois Lane

When Batman wakes up from this dream, he sees a vision of a man warning him that Lois Lane is the key. “I’m too early!” the man exclaims when he sees the confusion on Bruce Wayne’s face. This is, in fact, the Flash, a superhero who is so fast he can travel through time as well as space. The future Justice League member is trying to issue a warning to Batman: “You were right about Superman all along.” Does that mean he’s coming from that scary future Batman just envisioned and confirming, yes, Superman does become a demagogue unless you do something to stop him—something to do with Lois Lane? We’ll probably find out in a future film.

The Flash, Aquaman and Cyborg all get cameos

Lex Luthor has been keeping tabs on everyone he can find with special powers. On his computer, he has an old picture of Wonder Woman from the World War, video footage of the Flash apprehending a gunman, a look at Aquaman hiding in his underwater domain and what looks to be the experiment that brought Cyborg to life. All of these characters will appear in their own spinoff films as well as the Justice League movies.

That creepy thing Lex Luthor created from General Zod’s body, his own blood and a healthy dose of Kryptonite goop? He has a name: Doomsday. You probably missed it since the only reference to the moniker is when Luthor introduces him to Superman as “your doomsday.” But he’s indeed an established villain from the comic books, one who actually kills Superman in the “Death of Superman” storyline—though the Man of Steel eventually returns.

The movie drops several hints about a villain to come. Darkseid is a hyper-powerful bad guy: think the strength of Doomsday but with a brain. He can shoot Omega beams (powerful energy beams) from his hands and eyes and resurrect the dead. He’s a dictator of the Planet Apokolips (sounds lovely), and one of the main adversaries of the Justice League.

The Greek letter Omega, representing Darkseid, appears in Batman’s dream. And those flying dudes that attack Batman? Those are the minions Darkseid uses to carry out his evil deeds. And at the end of the film, when Lex Luthor says, “He’s coming. The bell has been rung.” He’s almost certainly referring to Darkseid. 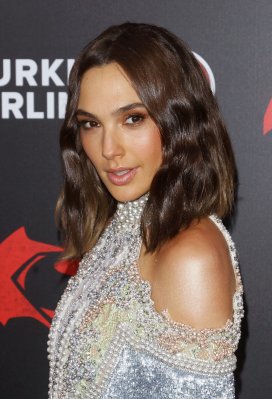 Wonder Woman Producers on Everything We Can Expect From Her 2017 Movie
Next Up: Editor's Pick