Tinder Wants to Match You With a Presidential Candidate

Tinder will now allow users in the U.S. to match with a presidential candidate, and love’s got nothing to do with it.

The new feature, dubbed “Swipe the Vote,” is available starting Wednesday and comes after many a passionate millennial chose to use the popular dating app to encourage others to support their candidate of choice. Two women were kicked off Tinder last month after sending too many pro-Bernie Sanders campaign messages to matches, and at least one supporter of former candidate Marco Rubio built a fake profile page for the Florida Senator.

“We’ve been amazed by the amount of users expressing their political views with matches during this presidential campaign,” Tinder said in a press release on Wednesday.

The feature, made in partnership with Rock the Vote, asks users to swipe left or right based on their opinion of 10 hot-button issues. It then tells them which presidential candidate aligns most with their views and helps them register to vote. Users can also click to learn more about each of the issues, which range from same-sex marriage to oil drilling.

“After all, millennials should play a big role in deciding who our next president is,” Tinder said in the release. “Swipe on!” 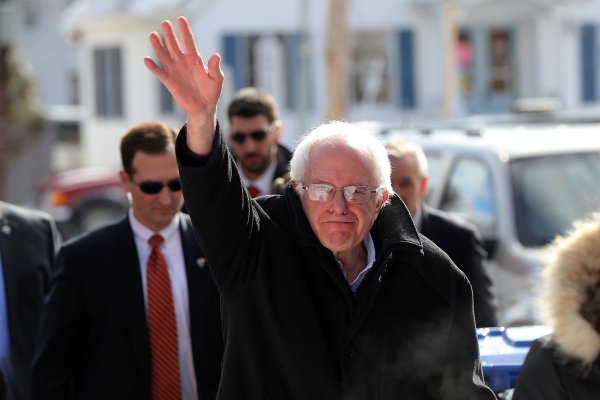