Bridget Jones is back, with a baby on board.

Renee Zellweger made an appearance on Wednesday’s The Ellen DeGeneres Show, where she debuted the new trailer for Bridget Jones’s Baby.

The clip, naturally, is narrated by Zellweger’s beloved British character, who is still single but hitting the gym, working as a television news producer and, as she puts it, “maintaining good relationship with ex” (read: having an awkward run-in with Colin Firth’s Mark Darcy at a bar).

Jones is also, it turns out, pregnant — but she’s not sure who’s the father. It could be Mark, but it could also be new love interest Jack Qwant (Patrick Dempsey), with whom she has a muddy meet-cute involving a Cinderella-like shoe retrieval.

Cue double the ultrasound appointments and a celebration that sets off fire alarms. As Jones says, “Everything is completely under control… sort of.” 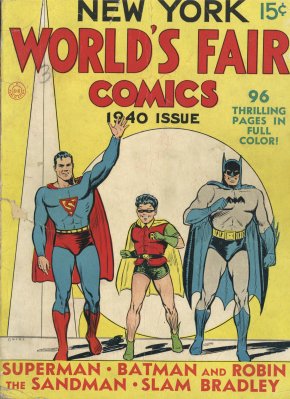 See Batman and Superman's First-Ever Appearance Together
Next Up: Editor's Pick