Usually when restaurant patrons aren’t satisfied with their meal or the service, they leave a small tip. But one man is accused of leaving a huge python after paying for his $200 meal at a sushi restaurant in Los Angeles, witnesses say.

Hiroshi Motohashi, 46, was arrested on suspicion of making criminal threats for allegedly arguing and threatening an employee and then dropping a yellow, 13-foot-python in the middle of Iroha Sushi of Tokyo in Studio City on Sunday evening, Los Angeles Police Department officials told The Los Angeles Times.

Employees told KCBS-TV that Motohashi had been showing the giant snake to children in the restaurant’s parking lot and then brought a smaller one inside, which customers said made them feel uncomfortable while they were eating.

When a staff member and patrons asked Motohashi to take out the reptile, that’s when he became belligerent, stormed off, and returned with the giant snake, according to authorities. By the time the L.A. Fire Department and Animal Control Services showed up, the reptile had wedged itself behind a cash register, photos provided to the news station appear to show.

No injuries were reported, and animal control seized the python. 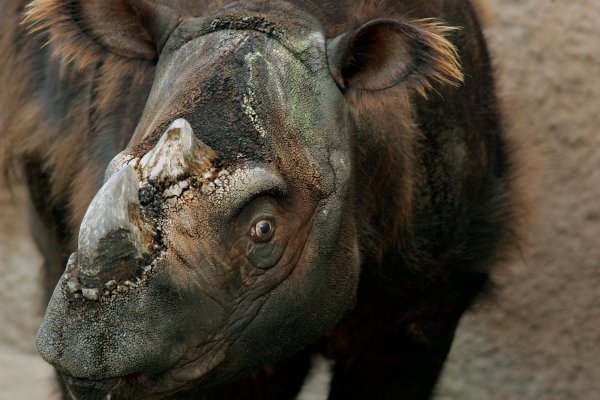 Rare Sumatran Rhino Seen in Indonesian Borneo for the First Time in 40 Years
Next Up: Editor's Pick