Asylum seekers Rahmatullah, left, and Nazirulhag, center, from Afghanistan and Fida Hussain from Pakistan wait on the Russian side of the border on Jan. 23, 2016
Jussi Nukari—AFP/Getty Images
By Mark Rivett-Carnac

Finland and Russia agreed Tuesday to tighter restrictions at two Arctic border crossings as an increasing number of asylum seekers try entering the E.U. through the Nordic state.

Only Finnish, Russian and Belarusian citizens and their families will be allowed to cross at the Salla and Raja-Jooseppi entry points for 180 days, according to Reuters. “The aim of this restriction is to prevent organized illegal immigration,” the Finnish President’s office said in a statement.

For refugees and migrants seeking asylum in the E.U., the 833-mile Arctic border offers an alternative crossing as weather warms and southern routes become increasingly restricted. About 1,000 asylum seekers entered Finland from Russia in the first two months of 2016 alone, more than the 700 total in all of 2015.

As Moscow and Helsinki announced the new restrictions, the U.N.’s refugee agency rebuked a deal between the E.U. and Turkey designed to stem the flow of asylum seekers into Greece. The agency said the recent agreement has turned Greek reception centers into “detention facilities,” according to a Tuesday statement.

“UNHCR is not a party to the E.U.-Turkey deal, nor will we be involved in returns or detention,” the statement read.

Under the deal that went into effect on Sunday, migrants arriving in Greece from Turkey face being sent back to Turkey if they do not qualify for asylum. But the U.N.’s refugee agency says: “At present, Greece does not have sufficient capacity on the islands for assessing asylum claims, nor the proper conditions to accommodate people decently and safely pending an examination of their cases.” 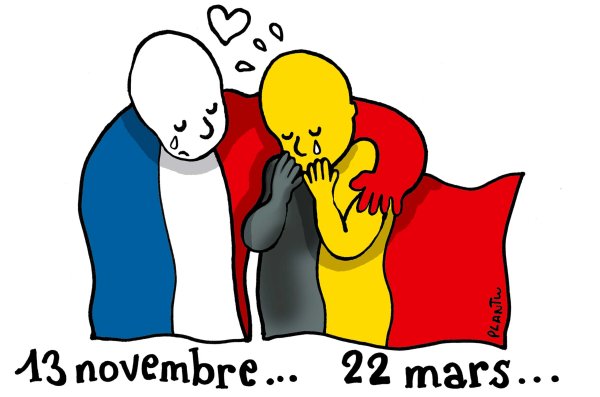 French Cartoon Shows Solidarity with Brussels
Next Up: Editor's Pick