Neither state’s outcome was likely to settle the GOP’s intra-party fight for the presidential nomination.

In Seattle, Washington, Clinton celebrated her victory in Arizona by thanking the state and turning her eye toward a coming general election contest against Trump, who she has called unpredictable and bullying. She also argued for a tough line in the Middle East in the wake of the Brussels attacks.

“This is a time for America to lead, not cower, and we will lead and we will defeat terrorism threatening us and our allies. We will take the fight to ISIS from the air, on the ground, with local forces and online,” Clinton said.

The day offered a relatively small pot of delegates, yet neither party could afford to blow off the states before the campaign shifted into a spring lull. The end of the fundraising quarter is next Thursday, and the candidates were already looking to spend time around the Easter holiday collecting checks to offset spending. Seeming indifference to the delegate race is bad for fundraising, after all.

Republicans are still facing an undecided nomination race, a messy intra-party fight that still has Trump atop the field with Cruz and John Kasich trying to block him from collecting the 1,237 delegates required to become the GOP’s nominee on the first ballot when the convention begins in Cleveland. Clinton remains the likely Democratic nominee, and she has largely shifted her campaign rhetoric to take on Trump.

Ahead of the results in those Western states, she used Tuesday’s terror attacks in Belgium to criticize Trump as someone unprepared to be America’s Commander in Chief.

“This is time to reaffirm our commitment to our allies individually and through NATO,” Clinton said during one of her calls to broadcast networks. It was a swipe against Trump, who just a day earlier questioned the worth of U.S. investments in NATO, a security cooperative for Atlantic nations.

Polls heading into Tuesday suggested a split decision: Trump was favored to win Arizona, Cruz was likely to prevail in Utah. With every delegate closely watched, though, even the small pot of winnings could prove useful to those who wished to stop Trump.

Trump began the day with an advantage in Arizona, a state that once hosted one of the most stringently anti-immigrant laws in the country and a place where Maricopa County Sheriff Joe Arpaio is popular among conservatives who cheer his tough policies on those suspected of being in the United States illegally.

Trump often touts the backing of Arpaio as well as former Arizona Gov. Jan Brewer, who became the public embodiment of the anti-immigrant law that critics said encouraged racial profiling. The Supreme Court declared three provisions in it were unconstitutional.

In Utah, home of the Church of Jesus Christ of Latter-day Saints, Cruz was set to fare better. In fact, that there was talk that Cruz could claim more than a critical 50% threshold, taking all 40 delegates. Trump’s brand of brash, in-your-face style won him few fans among the state’s more staid Mormons. Heading into voting, Trump seemed on Monday ready to concede the state: “It wasn’t one of the states that I was projected to win,” he told reporters as he gave them tours of his new hotel a few blocks from the White House.

Kasich remains in the race. But Trump’s wins in Arizona and Cruz’s forecasted victory in Utah by a majority of votes, mean Kasich will likely be left in a position where it is be mathematically impossible for him to earn the required 1,237 delegates needed to become the GOP nominee, leaving him in the role of spoiler. He was fine with that casting as he looked ahead to larger pots of delegate in Wisconsin, Pennsylvania and New York.

Establishment-minded Republicans, who once scorned Kasich’s long-shot campaign, have been rushing to speak kindly of him. If they are to derail Trump’s nomination, they’ll need Kasich to pick off delegates here and there, and Kasich’s advisers are plotting a strategy to arrive in Cleveland as a consensus candidate to foil Trump.

That’s not to say Trump cannot win the nomination outright. If things go as expected on Tuesday night, Trump would still need to win 38% of the remaining vote to become the nominee on the first ballot when the GOP meets in Cleveland to crown a nominee. That not impossible, and he certainly enjoys better odds than Cruz. The Texas Senator’s number is a mind-numbing 86%.

The goal for Cruz and Kasich now is to pick off enough delegates to thwart Trump. But with each passing week, it’s getting more and more difficult to picture Trump being denied the biggest prize in Republican politics. Trump was in Washington this week to meet with Republicans who have viewed his candidacy with loads of skepticism.

But he’s realizing that his coronation is anything but certain. “Mathematically, it’s unfair,” Trump told CNN on Monday. When the campaign started, there were 17 Republicans chasing the nomination, he lamented, and the long-time frontrunner lost out on delegates before candidates exited.

Trump has been making the pitch to Republican leaders that it’s time for them to drop their protests. “If they want to be smart, they ought to embrace this movement,” he told reporters at his Washington hotel. If not, Republicans would lose in November. “You cannot be that spiteful, because you will destroy the country.”

The biggest contest for Democrats was in Arizona, where Clinton won easily. Sanders, whose chances of winning the nomination are increasingly dim, had been campaigning heavily there in hopes of winning over Latinos.

Sanders had invested in the state some $2 million in the state and spent days campaigning there, including delivering a foreign policy address on Monday night in Flagstaff. Clinton had spent comparatively little time in Arizona.

“Democratic voters across the country have spoken: They want Hillary Clinton to be their next president. Tonight reinforces her near insurmountable lead over Bernie Sanders,” said Brad Woodhouse, President of Correct the Record, one of the super PACs supporting Clinton.

Democratic voter registration had jumped up in the state recent weeks, according to the Arizona Secretary of State’s office, suggesting there could be high turnout in the state on Tuesday: More than 30,000 voters registered as Democrats between Jan. 12 and Feb. 24, significantly outpacing Republicans. 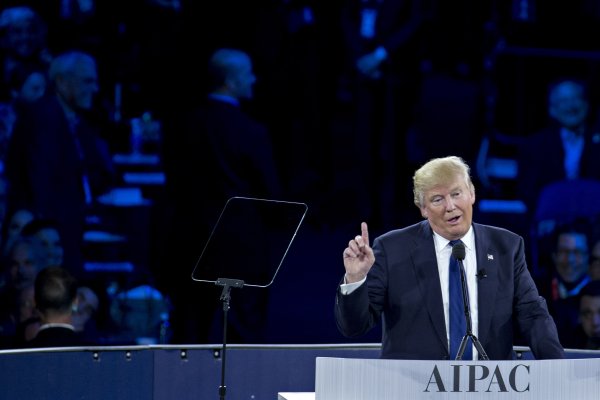