Blood is running down the woman’s face as she looks around in fear. She’s lost a shoe and her shirt has been ripped to shreds in the blasts that left at least 11 people dead at Brussels’ Zaventem airport.

In just a few hours, her portrait has come to define the March 22 terrorist attacks. Shot by Ketevan Kardava, a special correspondent for the Georgian Public Broadcaster network, the photograph has been published and shared across the world including on the front page of the New York Times.

Kardava was on her way to Geneva to report on talks between Russia and her home country, Georgia, when the first of two suicide bombers detonated his explosive vest. “Doors and windows were flying,” Kardava tells TIME. “Everything was dust and smoke. Around me there were dozens of people without legs, lying in blood.” Her first instinct was to look down at her own legs. “I couldn’t believe I still had my legs. I was in a state of shock.”

Less than a minute later, the second explosion sent everyone running for their lives. “I wanted to run to a safe place too,” she says. “But I also wanted to take pictures. As a journalist, it was my duty to take these photos and show the world what was going on. I knew I was the only one at this spot.”

Kardava’s first photograph was of the woman in a yellow jacket. “She was in shock, speechless. There was no crying, no shooting. She was only looking around with fear.” Kardava didn’t ask for the woman’s name, she photographed another victim – former Belgium basketball player Sebastien Bellin – before she was forced to leave the airport. “I left them and went to a safer place,” she explains. “I hope they are well. I really hope they will overcome all these difficulties.”

The woman was later identified as Nidhi Chaphekar, a mother of two from Mumbai and flight attendant for the Indian airline Jet Airways, according to AFP.

Chaphekar’s brother in law, Nilesh, said her family would soon fly to Brussels. “Depending on when the next earliest flight out of the country is, my brother I will be leaving by tonight or tomorrow morning,” he told news agency. “We haven’t been able to speak to her directly yet. All we know is that she is in stable condition now.”

The Indian carrier, which uses Brussels as its main European hub, said two of its employees—Chaphekar and Amit Motwani, a flight supervisor—were injured in the blasts at the airport. Both are recovering well, according to the airline.

For Kardava, now comes the question of what’s next. In the coming hours and days, she will stay in Brussels to report on the situation, but she knows she’ll eventually have to come back to Zaventem Airport. “I can’t imagine it,” she says. “It’s going to be very difficult for me.”

— With reporting by Nikhil Kumar/New Delhi 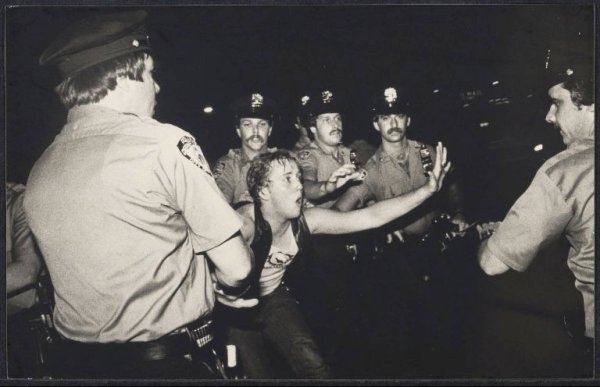 Discover the Unsung American Female Photographers of the Past Century
Next Up: Editor's Pick