The Troubling Historical Anniversary That Falls During Obama’s Argentina Trip

President Barack Obama’s visit to Argentina this week will coincide on Thursday with that nation’s official Day of Remembrance for Truth and Justice, a national public holiday in honor of victims of the Dirty War.

This year’s Day of Remembrance for Truth and Justice, or Día de la Memoria por la Verdad y la Justicia, will mark 40 years since the 1976 military coup that began a period of rule by military junta in Argentina, a time known as the Dirty War. Some counts date the Dirty War’s beginning to a few years earlier, but the coup remains a standout event in that troubling history. The toppling of President Isabel Perón’s populist government while the economy failed was no surprise to citizens of Argentina, TIME noted of the day the coup began in 1976, but the replacement of her government by a junta composed of military chiefs was still sudden. Backed by members of the Radical and Socialist parties, Gen. Jorge R. Videla was named the new President within a week to a government that “pledged a ‘national reorganization to restore morality and efficiency’ and [to] work for ‘eventual’ restoration of democracy.”

That return to democracy, however, was a long time coming. The military dictatorship ruled the country until 1983, with the right-wing regime hunting down left-wing opposition and guerrillas. Videla held power for five of those years.

During those years, at least 10,000 civilians — though some estimates range far higher — disappeared at the hands of security forces during the Dirty War. Pico Iyer succinctly described the horrors under the National Reorganization Process dictatorship in a 1985 TIME essay about subsequent military trials:

The Argentine National Congress passed a law in 2002 that formally established March 24 as the public remembrance day for the thousands of live lost during the Dirty War. President Néstor Kirchner made the commemoration a permanent public holiday in 2006. Argentinians mark the anniversary of the coup each year with marches, demonstrations and peaceful rallies.

The United States has been criticized for its knowledge of—and seeming assent to— the coup plans, and for its undisclosed amount of involvement with the military regime. For that reason, activists expressed displeasure with the planned presence of the U.S. President in Buenos Aires on the 40th anniversary. After the dates for Obama’s Cuba and Argentina visits were announced, activist Adolfo Perez Esquivel, a Nobel Peace Prize winner for his work during the military regime, implored Obama in an open letter to move his trip from March 24.

“In 1976, while you were only 14 years old, we were starting the most tragic period of our history, with the implementation of a state terrorism which subjected our people to persecution, torture, death and the forced disappearance of persons,” Pérez Esquivel wrote earlier this year. “I am writing as a survivor of that horror [which included] financing, training, and coordination by the United States.”

And President Obama will be away from Buenos Aires on the anniversary itself, avoiding the marches that will mark the day with a trip to the lakeside city Bariloche. Mark Feierstein, NSC Senior Director for Western Hemisphere Affairs told the press last week that the President and his advisers were well aware of the date. “And while in Argentina,” he added, “the President will honor the victims of the Dirty War, as well as those who defended human rights during that period.” 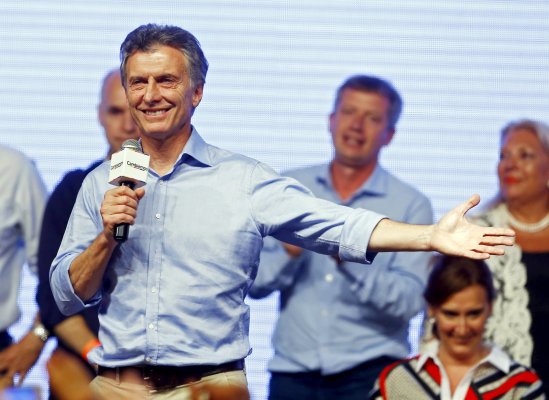