Just last Thursday, French riot police converged on a soccer stadium in Nimes in the south of France, dressed in gas masks and carrying helmets.

Luckily, the crisis was not real that time. It was an exercise to test how prepared the French police would be if terror groups launched an attack during the European football championships—a huge four-yearly event—that is scheduled to take place across France in June, and which is expected to draw hundreds of thousands of people from all over Europe to sell-out matches. The exercise, French Interior Minister Bernard Cazeneuve explained in Nimes, was necessary because of “an extremely elevated terrorist threat level.”

And yet, an attack on a major sports tournament is just one of the scenarios that haunt European officials, as they grapple with how to best protect the E.U.’s 500 million or so people from terror threats.

On Tuesday, attackers hit Brussels’ international airport and a Metro station, killing at least 30 people, and sending shock waves through the Belgian capital, which serves as the E.U.’s administrative capital, as well as the headquarters for NATO.

ISIS claimed responsibility for Tuesday’s attacks, saying “several” suicide bombers had exploded devices in the Brussels airport terminal, while another had detonated a device in the Maelbeek station, close to the E.U.’s headquarters in central Brussels. Police released surveillance footage from the airport’s close-circuit security camera, showing three men described as suspects, pushing carts laden with luggage through the Brussels departure terminal. Two are believed to have blown themselves up, while a third is being sought by police. Like many other airports in Europe, the Brussels facility does not check passengers’ passports until they reach the check-in desks inside the terminal.

But E.U. officials began worrying well before Tuesday’s attacks. For more than a year, they have attempted to calculate how vulnerable the continent is to terror attacks. Those efforts—in numerous E.U.-wide high-level meetings and studies—began in earnest after the Charlie Hebdo attacks in Paris in Jan., 2015, which killed 17 people. They were hugely ramped up after November’s Paris attacks, which killed 130 people.

In a report late December, Europol, the organization representing the E.U.’s police services, warned that ISIS had created “an external actions command” specifically geared to attacking Europe, “and France in particular.” In a prescient warning, given the Brussels attacks, the report said that “this could mean that more attacks such as those that took place in Paris in November are currently being planned and prepared.”

In an interview in January, the E.U.’s counter-terrorism coordinator Gilles de Kerchove, who is Belgian, told TIME that ISIS had created a unit in its self-proclaimed capital of Raqqa, Syria, specifically to plan attacks in Europe. Investigators have focused their attention on about 5,000 European citizens who have left to fight with jihadist groups in Syria and Iraq since 2012, according to officials. In Belgium alone, officials say at least 470 citizens have gone to fight with those groups, of which about 130, they believe, have filtered back into Europe—some with instructions to attack targets back home.

One big challenge in averting further terror attacks is the easy, passport-free travel E.U. citizens enjoy across most of the 28 member countries, with almost no identity checks at borders. That borderless travel—a fundamental tenet of the E.U.—allowed several of the Paris attackers to move freely back from training bases in Syria, and then to travel around Europe, as they gathered weapons, rented safe houses and planned the November attacks, according to officials.

And yet, there is an almost opposite problem, too. Despite the terror threats in Europe, intelligence experts and officials say the E.U.’s individual 28 countries are still loath to share their information about suspects and potential threats, having each spent decades creating separate national intelligence agencies. “Even as far back as 9/11, Europol said Europe needed improved intelligence sharing,” Yan St-Pierre, CEO and counter-terrorist advisor for Modern Security Consulting Group in Berlin, said by phone on Tuesday. “Everybody says it, but it never becomes effective until it is too late,” he says. “The culture for sharing is still not far enough to make it efficient.”

In early December, the E.U. Commission—Europe’s governing body in Brussels—issued a directive requiring the 28 countries to share the Passenger Name Record, or PNR, of those traveling around Europe, and to retain passenger information—a proposal E.U. officials had mulled since 2011. After the Paris attacks, officials said PNR sharing was a key measure in safeguarding airplanes and trains against terrorism. Nearly four months later, the idea is no closer to reality, however. Europe’s Court for Human Rights has ruled that the measure would violate passengers’ privacy, while several countries have voiced similar concerns. “There are delays, and it has not been voted on,” St-Pierre says. “The delays are both the court order, and politics.” 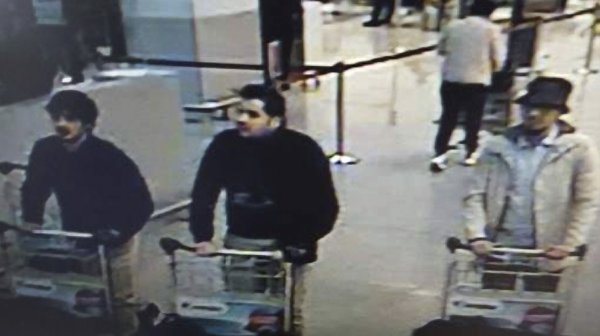