This article is part of an on-going original series written by Caitlyn Jenner for WhoSay called “The Real Me,” which explores issues and people in the LGBT community.

It’s no secret that I’m an advocate of hard work. I believe there’s nothing more empowering for people (and for society) than when we are providing for ourselves and our families. The problem, however, is when hard-working people—like my trans brothers and sisters—are discriminated against simply because they are trans.

Some employers tell us: “I can’t hire you; you’d confuse the customers.”

And, you know what? That’s legal in 32 states. Because of the lack of legal protections and the unwillingness of employers to give us an equal chance, the unemployment rate in the transgender community is double the national unemployment rate—quadruple if you are a transgender person of color.

A couple of weeks ago, I was chatting with a friend of mine who has always dreamed of becoming a makeup artist. I encouraged her to apply for a job at a makeup counter—a job for which she’s absolutely qualified—and was disheartened to hear: “What if they don’t like the way I look?” And, “what if people don’t want their makeup done by someone like me?”

I stopped her right then and there to share a mantra that I’ve repeated every day for as long as I can remember. It’s what pushed me to train for the Olympics, and ultimately win the decathlon gold medal in ’76. It’s what gave me the strength to finally make my transition to Caitlyn and start living my true self. Needless to say, these words inspire me daily:

Think about it: every time you go into insecure areas—which is tough to do—you grow as a person. Suddenly, what was once unfamiliar becomes the new norm.

I’ll never forget when Kim had to do her first on-camera interview. She came downstairs to the kitchen and told me, “I’m so nervous.”

That was the first time I shared with her that quote—my secret weapon.

I remember telling her, “You’ll get through the on-camera stuff and you’ll be fine. The more you do it, the better you’re going to get. It will become your new normal. But for you to grow, you have to constantly work in those insecure areas.”

(It goes without saying that being on camera became Kim’s new normal.)

This mantra has the power to help anyone in any situation—like my friend who’s trying to land her first gig in makeup. Instead of being afraid of the negative “what ifs,” I urged her to focus on the things she can control—being on time, knowing her craft inside and out, being a nice and honest person—while putting herself out there in the realm of insecurity.

Sure, these are good words to follow for my friend trying to land her dream job. But even more important, I encourage my non-trans friends to apply this sentiment when interacting with transgender people (or anyone who’s different from you).

Whether it’s accepting a trans member of your family, hiring us for your team, or simply saying “hello” at the store, give us a chance—even if it makes you feel insecure.

Will it be easy? No, not at first. It’s always uncomfortable to approach something differently or try something new. But the more you do it, the more normal it will become—and you’ll grow as a person in the process.

Next thing you know, you’ll be off to tackle your next challenge. And this “insecurity” will be long forgotten.

For more information on the transgender movement, see a list of resources at CaitlynJenner.com 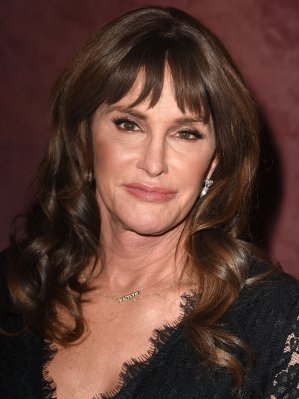 Caitlyn Jenner: Meet My Friend, Ella
Next Up: Editor's Pick