On average, nobody lives longer than Japanese women. Their life expectancy is 87 years (and Japanese men, who live about 80 years, aren’t far behind). This remarkable longevity is suspected to be partly because the Japanese diet—filled with plants, fish and vegetables—is so healthy.

To see what kind of an influence Japan’s diet has on the health of its citizens, a team of researchers followed 79,594 adults for about 15 years. According to the results of the study, published in The BMJ, people who better adhered to the official governmental dietary guidelines had a 15% lower mortality rate.

The people in the study, who were 40-75 years old and came from all across Japan, filled out a dietary questionnaire and did so again five years later. Here are some of the 147 food items researchers asked about:

Everyone was given a score for how well they adhered to the Japanese food guidelines, and researchers tracked them for 15 years to see how diet related to death from all causes—particularly cancer and cardiovascular diseases like stroke.

People with higher food scores had a 15% lower mortality rate, due largely to a reduction in death from heart disease. The authors attribute this to a diet rich in vegetables, fruits and fish. People with higher scores were more likely to be women, drink green tea and—somewhat surprisingly—eat more calories.

The link between diet and deaths from cancer was less clear; having a good diet seemed to benefit normal weight people, but that link wasn’t significant in overweight or obese people. More research is needed to figure out who benefits and why, the researchers note.

Researchers also want to figure out if certain foods (like fish) deserve more of the credit than others (like red meat). To do so, the researchers created a modified food score that differentiated between meat and fish, but doing so made little difference to mortality—possibly because Japanese people eat more fish and much less beef and pork than Westerners.

On the whole, Japanese people in the study adhered pretty well to their dietary guidelines; the average food score was 47 out of a possible perfect 70. Americans, on the other hand, have a long way toward meeting their own. Past research shows that 87% of Americans don’t eat the recommended amount of vegetables.

Emulating the eating habits of people in Japan will take far more than the occasional slice of sashimi. But by adding more vegetables (pickled and otherwise), people in other countries may also be able to make their lives healthier. 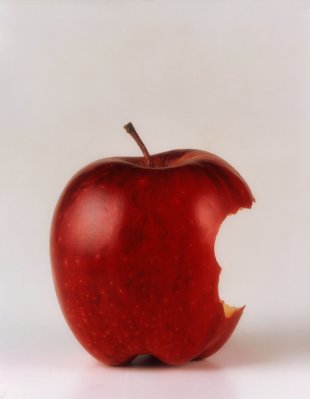 Why Crunchy Food Might Help You Lose Weight
Next Up: Editor's Pick