French cartoonist Jean Platureux, known as Plantu, shared an image for Le Monde on Tuesday in the wake of the Brussels terrorist attacks that left at least 31 dead and dozens injured, showing France’s solidarity with Belgium.

The image shows personified versions of the French and Belgium flags, each in tears with arms around each other, annotated with the dates that correspond with each country’s deadly attacks.

Plantu’s cartoons following similar deadly attacks were widely shared on social media as well, both in the wake of November’s Paris attacks and last January’s attacks on Charlie Hebdo.

The image, which is being widely shared on social media, echoes that of Jean Julien, whose cartoon ‘Peace for Paris’ went viral in November. 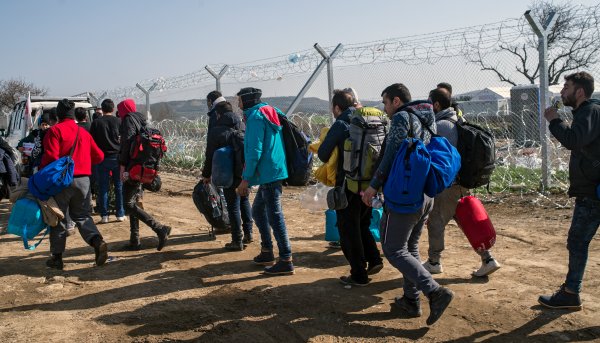 Slovenia and Serbia Close Borders to Refugees
Next Up: Editor's Pick