Dozens of people remained in a Santa Clarita neighborhood, March 21, 2016, to demonstrate against authorities' plans to take a 6-year-old girl from her foster family's custody
Francine Orr—L.A. Times/Getty Images
By Naja Rayne / People

Despite ongoing protests and petitions, 6-year-old Lexi – who’s 1.5% Choctaw Native American – was removed from her foster home on Monday in accordance with the Indian Child Welfare Act, according to reports.

Demonstrators took the streets outside of the foster family’s home in Sanata Clarita, California on Monday as the Department of Children and Family Services removed the girl from the home she’s spent the last four years in, KTLA reports.

DCFS originally attempted to retrieve Lexi from the home of Rusty and Summer Page – who have three children of their own – but protestors surrounded the house, effectively blocking the agency from entering and forcing them reschedule.

Although protestors were still present on Monday, DCFS managed to remove Lexi from her foster home in order to send her to Utah where she will live with extended family .

According to ABC 7, Rusty said that Lexi reached from him and called him her “Superman,” as she begged, “Don’t let them take me away.”

However, Lexi’s pleas didn’t put a stop to the removal, as her foster mother and siblings watched through tears while she placed in a car – the emotionally charged moment captured on video by ABC 7.

“At the end of the day, if I can’t understand why they would take her, I can’t explain it to my kids,” Rusty told the network, promising, “We’ll fight until I die.”

While PEOPLE could not reach the Choctaw Nation for comment, the organization told ABC 7 in an earlier statement that they want what is “the best for this Choctaw child.”

“The tribe’s values of faith, family and culture are what makes our tribal identity so important to us,” the statement added. “Therefore we will continue to work to maintain these values and work toward the long-term best interest of this child.”

The Pages have been trying to adopt Lexi – whose biological parents have long relinquished custody – for the last two and half years.

“Lexi doesn’t know another home,” Rusty told Fox 11 over the weekend. “She finally knows what mom and dad means and they want to take that away from her. And we can’t stand idly by while that happens.” 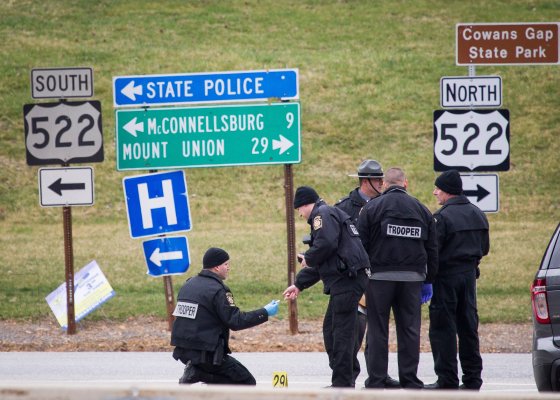