The Writer Once Called 'The World's Greatest Girl Reporter'

When she was involved in a brawl outside the New York bar Bill’s Gay Nineties in the summer of 1937, TIME identified Adela Rogers St. Johns as a “Cinemauthor“—a portmanteau that demonstrated how difficult it was to squeeze her many lives into a single epithet.

Born in Los Angeles in 1894, St. Johns was the daughter of high-profile criminal lawyer Earl Rogers, who raised her alone after he divorced her mother. “My memory has rejected her, eliminated her, cannot apparently bear to remember her,” St. Johns wrote of her mother many years later in Final Verdict, a biography of her father. As a schoolgirl she became familiar with the insides of courtrooms and the denizens of the city’s underworld. When she was 18, her father’s close friend William Randolph Hearst gave her her first newspaper job, at the San Francisco Examiner.

More naturally at home in the world of celebrity, scandal and gossip, however, she soon left San Francisco and set herself up in the heart of Hollywood, writing profiles and reports for Hearst’s Los Angeles Herald, Photoplay and Cosmopolitan. The publishing magnate called her “the world’s greatest girl reporter” and Photoplay’s editor chimed in with his own gendered nickname, the “Mother-Confessor of Hollywood,” for her talent at extracting sob-stories from starlets. Her privileged insight into the movie business in its rambunctious early days gave St. Johns far more material than she could use in a respectable magazine—at least in nonfiction. She channeled the stories that couldn’t be told­—the addictions, the seductions, the cutthroat rivalries—into short stories, screenplays and novels. Her fiction established a picture of the movie-making environment as inherently corrupt and corrupting, in which it was all but impossible for individuals to maintain their integrity or sanity.

In the 1930s, Hearst exploited St. Johns’s talents for sensational storytelling by assigning her to major cover politics and crime stories, including the abdication of King Edward VIII, the assassination of the populist politician Huey Long and, most famously, the trial of Bruno Hauptmann, accused of kidnapping the Lindbergh baby. At the height of the Depression, he sent her onto the streets of Los Angeles to pose as an unemployed and homeless woman, exposing how badly the city took care of its poor, thus sparking reform at local charities and the creation of an emergency relief fund. By the time of Hearst’s death in 1951 she had all but retired from journalism, but in 1976, when she was 82, St. Johns returned to her old beat to cover the armed robbery trial of Patty Hearst, her mentor’s granddaughter, and could still crank out her daily dispatches in less than 30 minutes.

St. Johns continued to write fiction through the 1940s and ‘50s, and after the publication of Final Verdict, in 1962, began to tell the story of her own tumultuous, trailblazing and often tragic life in a series of autobiographies. She was married and divorced three times and had four children, including a son she adopted alone after the end of her third marriage. Her eldest son, William, was killed during World War II. Throughout her long life, she struggled with the demon she’d inherited from her father: his alcoholism, which killed him and which she called “the curse of my life.”

But back to that brawl. It involved St. Johns, her third husband, two friends and the doorman of the saloon, but she came through without a scratch. She later explained to reporters that “Jack Dempsey—you know Jack Dempsey, of course—taught me how to duck. And who should know better how to teach anybody to duck than Jack Dempsey?” A few weeks later, in a Manhattan magistrate’s court, all parties involved agreed to drop the charges. 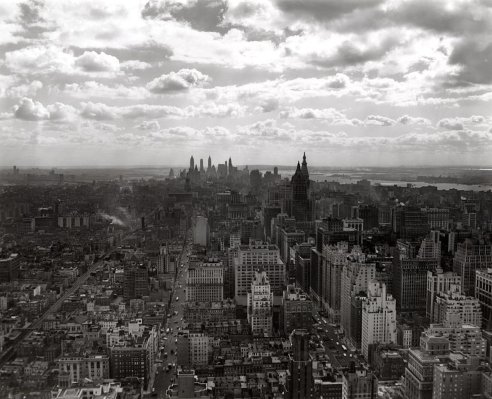 The Writer Who Taught American Women How to Live Alone
Next Up: Editor's Pick