It was a spring Friday 75 years ago that writer Virginia Woolf wrote a note to her sister, another to her husband and then walked down to the River Ouse. When her husband read the note and rushed to trace her steps, he found only her walking stick, TIME reported. Though her body was not immediately found, her husband told the press that she was presumed dead. Later, it became known that Woolf had weighted her pockets with stones and drowned herself. She was 59.

Reading TIME’s initial report on the author’s death, it’s noteworthy that the piece focuses nearly entirely on guessing the cause for the tragic decision. Was it World War II, which had left her London home destroyed? Was it her feeling that her latest novel, Between the Acts, wasn’t up to snuff? The question of mental health simmers below the surface (she had always been “morbidly self-critical,” the piece notes) but her suicide, in 1941, was painted by the press as something that must have had a clear cause and effect outside her own mind. That’s a marked contrast to current journalistic guidelines for reporting on suicide, which stress the importance of not implying that a death resulted from a single event.

It was in analyzing Woolf’s literary work that TIME’s obituary came closest to acknowledging the complex mental processes that might have been in play:

Read the full story from 1941, here in the TIME Vault: An Artist Vanishes 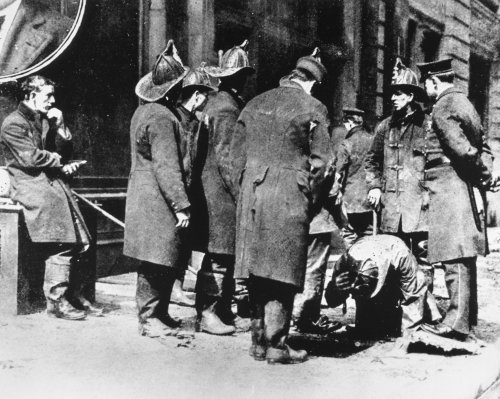 See Photos From the Tragedy That Changed U.S. Labor History
Next Up: Editor's Pick