A six-year-old Tonkinese cat in Hamilton, New Zealand has been bringing home underwear—60 men’s socks and about a dozen briefs—presumably during nightly prowls. Owner Sarah Nathan told Kiwi news site Stuff and the BBC that she discovered her pet’s hobby while packing for a move and claims to have put up fliers in her area, urging neighbors to contact her if they are missing anything. She told ABC Online that she suspects the cat built her collection by ripping the undergarments off clotheslines.

A Facebook photo of the animal and its collection has racked up nearly 2,000 likes and more than 650 shares since it was first uploaded on March 18. 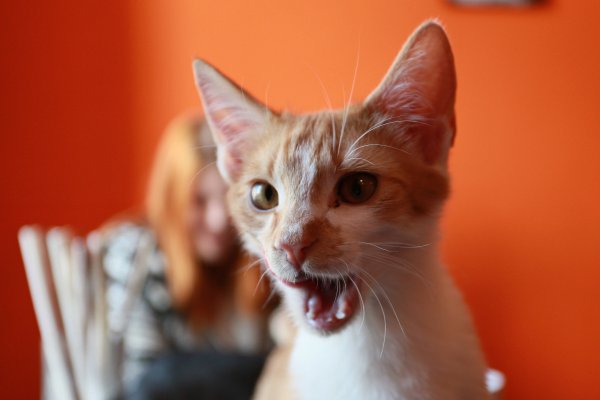 There's Now a Test to Figure Out Your Cat's Personality
Next Up: Editor's Pick