When asked for his thoughts on the Women’s Tennis Association before the Djokovic–Raonic match, Moore responded with some controversial comments.

“No, I think the WTA—you know, in my next life when I come back I want to be someone in the WTA, (laughter) because they ride on coattails of the men. They don’t make any decisions and they are lucky. They are very, very lucky.

“If I was a lady player, I’d go down every night on my knees and thank God that Roger Federer and Rafa Nadal were born, because they have carried this sport. They really have.”

Moore continued to credit Williams with the success of the WTA and said there are “a lot of attractive” players to carry on her standard of leadership after she retires.

“Obviously I don’t think any woman should be down on their knee thanking anybody like that,” Williams said, according to WTA Insider. “If I could tell you every day how many people say they don’t watch tennis unless they’re watching myself or my sister, I couldn’t even bring up that number. So I don’t think that is a very accurate statement.

Moore issued an apology shortly after his statements were published.

“At my morning breakfast with the media, I made comments about the WTA that were in extremely poor taste and erroneous,” Moore said in the statement. “I am truly sorry for those remarks, and apologize to all the players and WTA as a whole. We had a women’s final today that reflects the strength of the players, especially Serena and Victoria, and the entire WTA. Again, I am truly sorry for my remarks.” 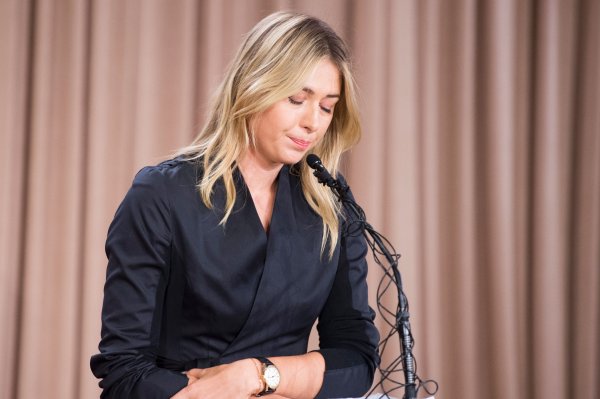