How a Hacker Protects His Kids Against Other Hackers

Despite what Hollywood would have you believe, most hackers aren’t chugging Monster Energy drinks while laughing maniacally at binary code, and they’re not testing the security of every nanny cam and laptop in America. But internet-savvy pederasts, cyberbullies, and identity thieves do exist, so a certain amount of parental technophobia is warranted.

Chris Hadnagy is the Chief Human Hacker at Social-Engineer.org and a parent who wants to make sure you worry about the right things. So, for example, not your kid’s Hello Barbie. “If you have to hack Mattel’s servers, it’s pretty far fetched that your neighbor is going to spy on your daughter,” he says. Hadnagy equates worrying about being majorly hacked with worrying about ninjas popping up on your lawn. Could it happen? Sure. Will it happen? Not unless you’re Chuck Norris.

Focus, instead, on the mundane everyday stuff that you might not realize you should focus on, says Hadnagy. “I am worried about items that I put on my network with known vulnerabilities.”

What It Is: Geotagging is that bit of data on your smartphone that tags photos with the location where a pic was taken, and it’s putting your kids at risk. Hadnagy says that if you go on vacation to Disney World, it’s fine to leave tagging on, because you don’t live there (although you would if a decent two bedroom opened up in Adventureland). But say you post a picture on Facebook of your kid on the front steps of their school? Now a stranger has a pin on a map.

How To Protect Against It: Hadnagy doesn’t play up the likelihood of this happening, because someone has to scrape that info from a social media photo. But he does say this type of hacking has become less challenging and we’ll see more of it in the future. It’s easy enough to change location settings on your phone’s camera, so do it.

Fatherly: Science Finally Figured Out How To Tame Your Crazy Toddler’s Temper Tantrums

What It Is: Even the guy who named his network MakeAmericaGreatAgain has a decently long password to protect it (It’s 5ecretlyV0ting7orHillary). But he probably hasn’t done anything to his router, which anyone can go into and reset, using the default password.

How To Protect Against It:

What It Is: Strong passwords are a good deterrent, just like a robber doesn’t want to bother with a house that has a pit bull. But passwords are also long and clumsy—honestly ain’t nobody got time for that. Password managers like 1Password are great at organization; just make sure you don’t store that master file with all of the data in the cloud, where data breaches have happened, and they’re worse than bad news.

How To Protect Against It: “[That file] should be an encrypted package on your hard drive,” says Hadnagy. “I tell clients, nobody wants to remember 50 passwords. You can use a password manager, or just use a series of patterns on the keyboard.”

Fatherly: 6 Ways To Ensure Your Back Doesn’t Explode Before Your Kid Goes To College

What It Is: What are some of the nasty things Hadnagy can do with an open Bluetooth connection? “I can turn your phone mic on and listen to you. People think you have to be within a range, but you can be within a mile,” he says. Of course, Hadnagy also says that this kind of attack is targeted. Hackers aren’t walking down the street hoping someone has an open connection. They’re sitting in Starbucks.

How To Protect Against It: “If the device [you’re pairing with] is giving you the standard 0000 code, it’s vulnerable,” he says. “But, if it gives you a unique code I’m O.K. with it.”

What It Is: The 2 main ways that hackers get into your unsecured cam is by either a) Google dorking (not as sexy as it sounds) or b) Downloading user manuals (yes, the same manual you just used to secure your router).

How To Protect Against It: When you decide to spy on your baby, make sure that you’re the only one. Hadnagy says there are three things to look for in a safe nanny cam:

Fatherly: How Co-Sleeping Ruined My Marriage

What It Is: Adults can worry about phishing or vishing, but there’s a another form of online identity theft that’s targeted at people without crushing student loan debt or a mortgage. “I have two kids and never even checked their credit report,” says Hadnagy. “But if someone makes a fake identity, we’re never going to know [she was hacked] until she’s 18 and getting her first credit card.”

If you have anyone’s name, date of birth, and social security number you can make fake IDs. Fake IDs are submitted to credit card companies who don’t verify those names. Your 6-month-old just happens to have a stellar credit rating and, ta-da, some hacker is yachting around the Caspian Sea on your dime.

How To Protect Against It: If you think you’ve been compromised, credit reporting companies like Equifax can put a freeze on your kids’ account for 90 days, which will stop any transactions. That’s a quick fix, though, and you’ll need to be prepared to spend some serious time communicating with the credit agencies to restore your toddler to solvency. 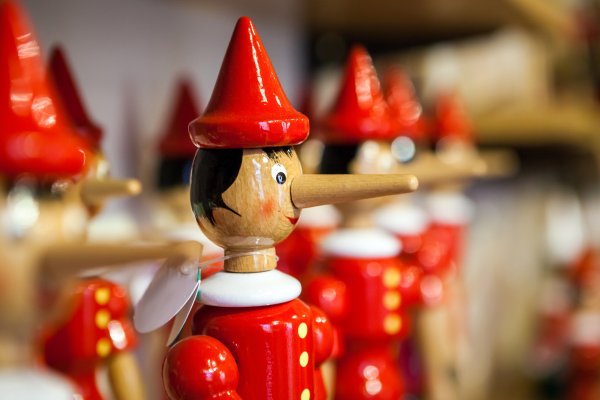 How to Teach Your Kids to Spot a Lie
Next Up: Editor's Pick