What to Know About Salah Abdeslam, Europe's Most Wanted Man

Salah Abdeslam, who was captured by police in a terrorism raid in Brussels Friday, is one of Europe’s most wanted fugitives, believed to be one of the key architects of last year’s deadly terrorist attacks in Paris which killed 130 people.

A handout picture of Salah Abdeslam, a key suspect in the Paris attacks on Nov. 13, 2015, was distributed in a call for witnesses by the French Police information service on Nov. 15, 2015.
Police Nationale—Handout/AFP/Getty Images

Abdeslam has been the object of a massive manhunt following the attacks. It is believed he played an important role in organizing the logistics of the Paris attacks, and was a driver for the three bombers who blew themselves up at the Stade de France. His brother, Brahim Abdeslam, died carrying out the attack. He allegedly escaped to Brussels shortly afterwards. The car was stopped on the France-Belgium border, but was allowed to pass by police.

Abdeslam is among the last of the alleged Paris attackers targeted by police. According to the BBC, nine of the other suspected terrorists died in the attack or in subsequent police raids. One other suspect, Mohamed Abrini, is still at large. 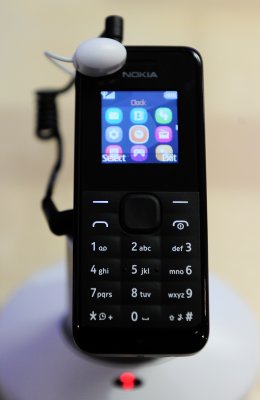