Police in Brussels cornered and wounded the last Paris attacker known to have survived the Nov.13 assault on Friday, ending Europe’s biggest manhunt in years, but also raising troubling questions about whether a plot for another terror attack was in the works.

A spokesman for the Belgium federal prosecutor’s office said on Friday evening that five people were being held after the raids, according to the Associated Press, including Salah Abdeslam, a French national who is believed to have helped plot the attacks.

French President François Hollande warned Friday night that there were likely several other jihadists still at large, and that the network was “wide, extensive.” “Our fight is not finished,” he told reporters in Brussels, where EU leaders had been holed up all day discussing Europe’s migrant crisis.

He said French officials would “imminently” request Abdeslam’s extradition to France. Shortly after the arrest, President Obama called Hollande and Belgian Prime Minister Charles Michel to congratulate them on the arrest.

For Belgian and French police, Friday’s massive raid and capture came as a major relief. Abdeslam, 26, who grew up in the Brussels neighborhood of Molenbeek, had been on the run since November 13, when 10 gunmen-suicide bombers aligned to the Islamic State of Iraq and Greater Syria (ISIS) launched an assault on Paris, killing 130 people and wounding hundreds of others.

Abdeslam had not been seen since—a fact that has deeply frustrated French and Belgian officials, and embarrassed their intelligence and police services. Anti-terror police converged on Molenbeek on Friday, in an operation that continued for hours after Abdeslam’s capture, and which resulted in two other arrests.

SWAT teams in ski masks and bullet-proof helmets and masks converged on the narrow streets of Molenbeek, a low-income neighborhood largely populated by North African immigrant families. The French network BFM reported hearing three explosions in the neighborhood, although it was not clear whether they were detonated by police or those inside the buildings. Police shot the fugitive in the leg during the raid, according to Belgian media.

Abdeslam—whose older brother Brahim blew himself up in the Paris attacks—fled Paris on the night of the attacks, while the city was reeling in shock and chaos. He sent a text message to friends in Molenbeek, saying he was “in the s**t” and asking them to come rescue him from the French capital.

Read more: What to Know About Salah Abdeslam, Europe’s Most Wanted Man

His friends drove 300 miles south to collect him and drive him back to Belgium, and according to Belgian sources cited in the media there, and then passed unimpeded through three French police roadblocks on the way back, despite a national state of emergency. An abandoned suicide vest was found days later in Paris suburb, suggesting that Abdeslam might have originally intended to commit suicide during the attacks.

Five days after the Paris attacks, French police fought a fierce gun battle in the city’s suburb of Saint-Denis, killing the suspected ringleader of the November 13 assault, Abdelhamid Abaaoud, 27. That left Abdeslam as the only Paris attacker left alive.

The first clue that Europe’s most wanted man was still in the Brussels area came on Tuesday, when Belgian police raided an apartment in the southern suburb of Vorst, killing Mohammed Belkaid, 35, an Algerian living in Belgium illegally, while two other men fled the scene. Inside police found a large cache of ammunition and an ISIS flag, as well as the fingerprints of Salah Abdeslam. They also found a videotape featuring a nuclear scientist in Belgium, suggestion that the group might have been planning other operations.

There was a sense of victory among Belgian officials on Friday after Abdeslam’s capture. Within minutes, Belgium’s Secretary of State for Asylum and Migration Theo Franckens tweeted, “We got him,” an echo of President Obama’s announcement of the killing of Osama Bin Laden in 2011. The tweet was later deleted.

Still, the fact that Abdeslam was captured in the Belgian capital—despite a four-month police hunt—raised worrying questions about whether there might still be a strong network of terror operatives in Brussels, who were able to offer him support. “It means he had a lot of people he could fall back on,” Alain Winants, former intelligence chief for Belgium’s State Security Service, told TIME by phone on Friday. “If he has been apprehended, all the better.”

The capture raises questions too about Belgium’s capability in dismantling terror networks that have installed themselves in the heart of Europe’s capital. At least four of the 10 Paris attackers came from Molenbeek, just seven Metro stops from the E.U. headquarters. When TIME spent a few days in the neighborhood in January, numerous locals said they knew the Paris attackers well, and had long been aware of their increasing radicalism. In the aftermath of the raid, France’s Hollande commented that there were more people involved in the Paris attacks than initially believed.

Despite that, Molenbeek’s police chief and its mayor told TIME in January that they did not have the staff or the funds to track ISIS suspects who lived just steps from their office. The mayor’s office, in fact, looks directly across the square into the Abdeslam family apartment. “We did not have the means to prevent November 13, or the means to avoid other attacks,” Molenbeek police chief Johan Berckmans said.

Abdeslam is thought to be one of the only living attackers from two Paris assaults last year—the Charlie Hebdo attacks last January, and the November attacks. As such, he could provide a gold mine of crucial information to investigators about ISIS’s networks in Europe, and about what the organization might be plotting. Belgian officials estimate about 500 of their citizens have fought with jihadist groups in Syria and Iraq, and about 130 of those are believed have returned to Europe—including some of the Paris attackers.

Read more: Belgium Races To Plug Its Holes In The War Against Terror

EU officials and intelligence experts have said over the past few months that they fear that the Paris attacks might be a prelude to a bigger operation. “What we expect is a multicity, multitarget attack at the same moment,” Claude Moniquet, a retired veteran of France’s external intelligence service DGSE, who is based in Brussels, told TIME last January. That, he said, “will have terrible consequences.” 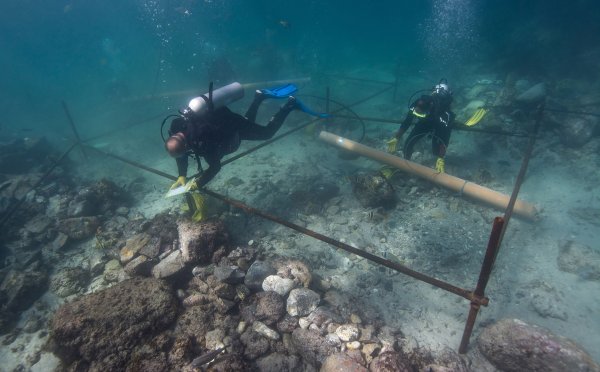