South Florida school officials said Friday that they’re investigating whether any administrator knew fire-breathing would be part of a high school pep rally Thursday, after the stuntman accidentally set himself on fire.

Video filmed in the gym at Atlantic Community High School in Delray Beach, Fla., shows the performer, Ricardo Charles, 52, engulfed in flames while sitting on an inflatable structure with a basketball hoop behind him after another stuntman jumped over him to make a dunk.

Charles was rushed to the hospital, along with seven students who suffered inhalation injuries, and about a dozen attendees were treated on scene, according to the Delray Beach Fire Rescue.

“I was shocked,” Robert Avossa, superintendent of the School District of Palm Beach County, said at a press conference Friday morning. “You don’t bring that kind of activity into a building … [especially] a school.”

Avossa said that the school district’s policy prohibits the use of pyrotechnics inside school buildings, and officials are investigating whether the principal knew that part of the pep rally would include pyrotechnics.

Charles suffered second-degree burns to his face, leg, and an arm, but is expected to be released from Delray Medical Center either Friday or Saturday.

In a press conference at the hospital Friday morning, he apologized and claimed full responsibility for the accident, saying he had not practiced enough with a new fluid he bought for the act, which unexpectedly blew back into his face: “This is what happens when you play with fire,” he told reporters. 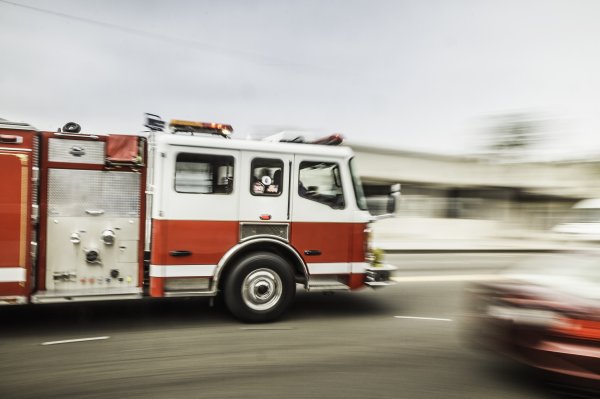