Making Sweet Drone Videos Is About To Get Even Easier

Drone maker DJI’s latest release, the Phantom 4, makes it easier than ever to capture beautiful aerial photos and videos. But the Chinese firm is working on ways to make the process simpler still.

The company is currently building a set of automatic camera maneuvers that could allow Phantom 4 owners to nail complex shots by just pushing a button.

“A lot of people, what they’ll do is they’ll fly around and their first shots aren’t that great because they’re getting used to it,” says Pan.

The feature would allow Phantom 4 owners to choose from a selection of camera maneuvers that the drone would be able to execute on its own. DJI is experimenting with preset commands that would, for example, tell the drone to fly up to a certain height as it keeps the subject centered. Then, the camera would tilt up to reveal its location.

Another idea involves automatically completing a 360-degree rotation from a certain height. A different move would tell the drone to aim down at the ground as it flies forward before tilting the camera up when it reaches a certain distance. These types of capabilities are possible thanks to the drone’s visual tracking sensors.

“[It’s] almost like applying a filter to a photo, but instead you’re creating a video with a preset move,” said Pan.

Since this is a feature DJI is currently developing, these details are subject to change before launch. Pan also couldn’t provide a time window for when this camera functionality would arrive on the Phantom 4.

“[It’s] something that we’re working on,” he says.

Other consumer drones already offer similar features. The 3D Robotics Solo, for example, offers Smart Shots, which the company describes as “automatic scripted camera moves.” Some of these choices include an orbit shot, a cable cam-style view, and a selfie. 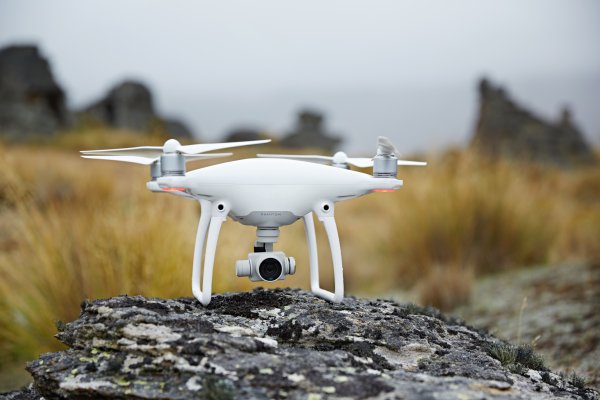 What It's Like to Fly DJI's New Phantom 4 Drone
Next Up: Editor's Pick