“The U.S. Secret Service is aware of the Internet postings of Candidate Donald Trump’s personal information,” a spokesperson for the Secret Service confirmed to TIME. “We are working with the Federal Bureau of Investigation in this matter.”

In an animated YouTube video, an Anonymous member denounces Trump, comparing him to Adolf Hitler and saying that he would “promote an agenda of fascism and xenophobia.” The member then says Anonymous has released the Trump’s Social Security number, cell phone number and other personal details.

In the video, Anonymous also announces the beginning of what the group calls Operation White Rose, a nonviolent protest of Trump’s presidential campaign. Members will wear a single white rose to Trump rallies, a symbol of the White Rose Society, an anti-Nazi group known for its activity during Hitler’s regime.

Anonymous is a loosely affiliated group of hackers and Internet users that came to prominence during the Occupy Wall Street protests that began in 2011. 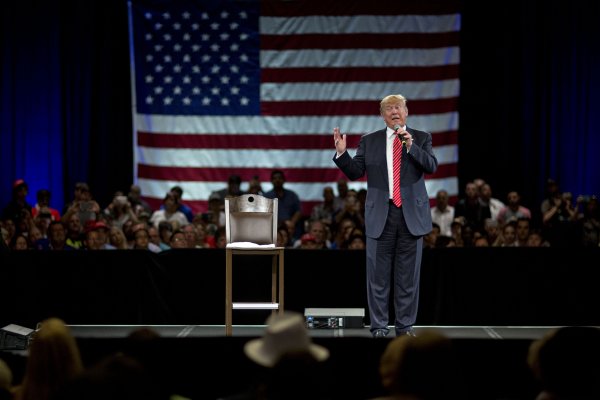 Republican Delegates Prepare for Convention Battle
Next Up: Editor's Pick