Domino's Actually Made a Robot That Delivers Your Pizza

Global fast-food chain Domino’s Pizza announced on Friday that it would debut a pizza delivery robot in New Zealand, thought to be the first of its kind in the world.

The 3-ft.-high, four-wheeled Domino’s Robotic Unit (DRU) has a heated compartment that can hold up to 10 pizzas, Agence France-Presse (AFP) reported. Equipped with onboard sensors and a battery that will allow it to travel within a 12.5-mile radius of its base store, the droid will dispense customers’ pizzas once they enter a code — sent by the restaurant when they order — into a keypad on its body.

“DRU is cheeky and endearing and we are confident that one day he will become an integral part of the Domino’s family,” New Zealand general manager Scott Bush told AFP.

The initiative doesn’t have an official trial date yet but does have the full support of the New Zealand government, with Transport Minister Simon Bridges calling it an “exciting opportunity” for the country to help test new technologies.

What we don’t know yet, however, is whether DRU accepts (or expects) tips. 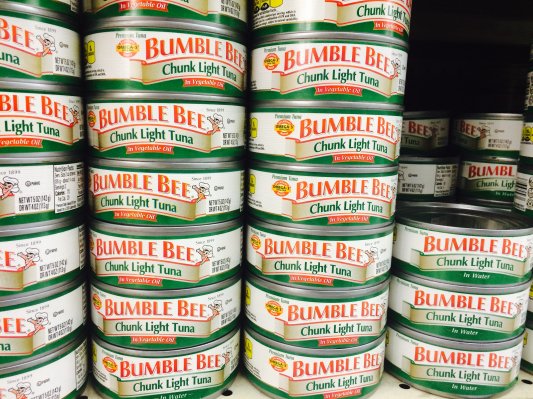 Bumble Bee Foods Recalls More Than 31,500 Cans of Tuna
Next Up: Editor's Pick