This Strategy Will Make Your Tinder Game Much Stronger

A picture shows the logo of dating app Tinder on a tablet in Paris on March 15, 2016.
LIONEL BONAVENTURE/AFP/Getty Images
By Katie Reilly

Want to get more attention on Tinder? Sending a GIF—instead of a text or emoji—increases the likelihood of receiving a response by 30%, the company has revealed.

Conversations that include GIFs also last twice as long as conversations without GIFs on the popular dating app, a spokeswoman for Tinder said Thursday.

“GIFs allow people to better say what they want to and express emotion, which is something that’s really difficult to do in text alone,” Tinder co-founder and senior vice president of product Jonathan Badeen said in an interview with BuzzFeed, which first reported the new data on GIFs. “It opens up people to start more conversations and to break the ice.”

Since Tinder introduced a GIF button in January, allowing users to easily send a GIF to their matches, more than 20 million have been sent globally on the app.

Looking for the perfect GIF to express your Tinder emotion? Take a look at the 20 animated photos that have earned the highest response rates—a list of classics featuring Beyonce, Amy Schumer and Brad Pitt, of course. 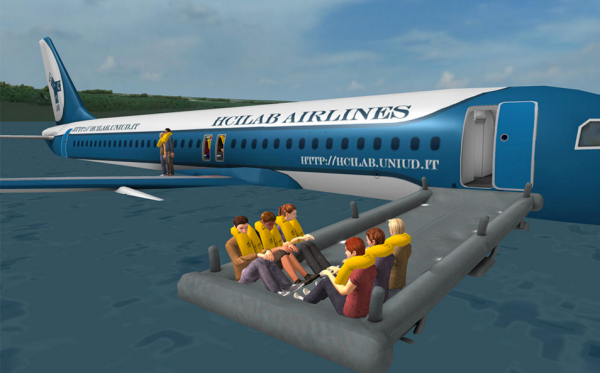 This Terrifyingly Realistic App Teaches You How to Survive a Plane Crash
Next Up: Editor's Pick