President Obama recently urged Democratic donors to rally behind a single candidate in the race to replace him—and implied that the candidate should be Hillary Clinton, according to reports.

The New York Times and Politico, citing anonymous sources, report that donors at a private Texas fundraiser took Obama’s remarks as a signal that the President wanted the party to unite behind his former Secretary of State. Attendees at the fundraiser told the Times Obama’s tone was urgent as he spoke of the need to halt the rise of leading Republican candidate Donald Trump.

The event occurred ahead of Clinton’s strong performance in the March 15 primaries, in which Sen. Bernie Sanders struggled. Obama spoke at the March 11 Texas fundraiser after reporters were ushered out, so the remarks were not immediately reported publicly.

The White House dismissed the reports on Thursday and said Obama did not indicate whether he preferred one Democratic candidate over the other, but just urged the party to unite. White House Press Secretary Josh Earnest said that as Democrats move through the primary process, their “success will depend on the commitment and ability of the Democratic party to come behind our nominee.”

“The President did not indicate or specify a preference in the race,” Earnest said.

The President does have a preference; he voted absentee in the Illinois presidential primary. The White House has not, however, publicized the President’s ballot. 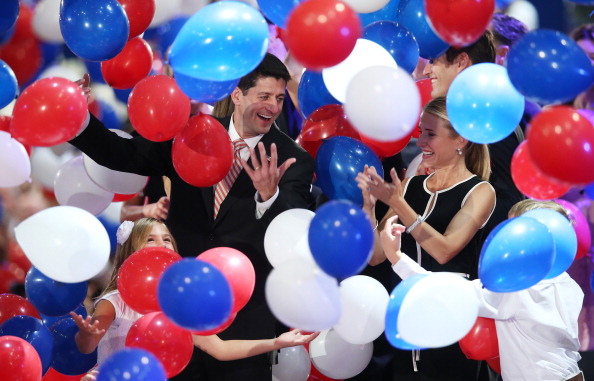 Why Paul Ryan Won’t Be the Republican Nominee
Next Up: Editor's Pick