Hamilton Creator Says Fans Will Be Happy With New $10 Bill

As someone with keen interest in the nation’s first Treasury Secretary, Hamilton star and creator Lin-Manuel Miranda made sure to discuss the future of the $10 bill, which will soon feature a woman’s image, during his trip to Washington this week.

The composer and actor tweeted Wednesday that U.S. Treasury Secretary Jack Lew reassured him that fans of Hamilton—both the man and the musical—would be “very happy” with the new bill when it’s released in 2020.

While many are excited at the prospect of a woman being prominently featured on U.S. currency for the first time in more than a century, others have worried that the historical figure’s legacy will be brushed aside. Many others wondered why the $20 bill, which features Andrew Jackson, a president with a troubled history, wasn’t the one to be redesigned instead.

Since the June announcement that the $10 bill was getting redesigned, however, the Treasury Department has said the bill will continue to feature Hamilton’s image.

Though the bill will not be available until 2020, to mark the 100th anniversary of the 19th Amendment, the Department of Treasury is expected to release an image of the redesigned bill this year.

Miranda visited Washington made stops at the U.S. Capitol, the White House, and—of course—the U.S. Department of Treasury when he was in Washington. 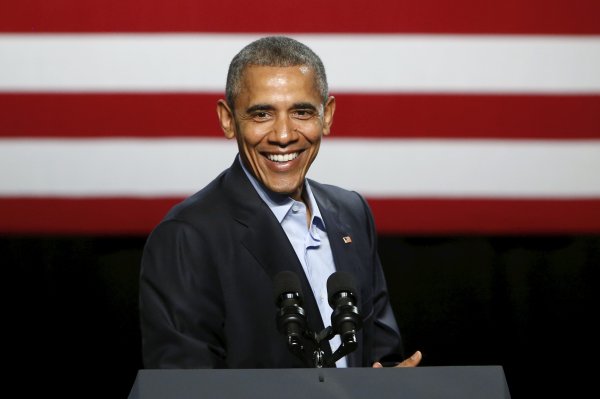 Obama Sends Letter on the First Mail Flight to Cuba in More Than 50 Years
Next Up: Editor's Pick