Nobody Knows Where Merrick Garland Stands on Abortion Rights

Chief Judge Merrick B. Garland is introduced by U.S. President Barack Obama as the nominee for the Supreme Court in the Rose Garden at the White House in Washington, DC on March 16, 2016.
Mark Wilson—Getty Images
Ideas
By Charlotte Alter
Charlotte Alter is a national correspondent for TIME

On Wednesday, President Obama nominated Judge Merrick Garland to the Supreme Court, despite the fact that Senate Republicans have vowed to block any Supreme Court nominee in the midst of a brutally divisive presidential campaign. In the meantime, the Court is deciding on Whole Women’s Health vs. Hellerstedt, arguably the most important abortion case in a generation.

Yet nobody seems to know what Judge Garland thinks about abortion. He won’t have a say in the current abortion case, but his position could be important for future abortion rulings.

Demographically, it seems likely that Garland is probably pro-choice: he’s not super-conservative, he’s Jewish, and he’s the father of two daughters (and Judges with daughters are more likely to rule in favor of women’s rights). But nobody knows for sure.

As journalists scoured his earlier decisions for any hint of a social agenda, former clerks said the search was futile: Garland has never issued an opinion on an abortion case, and would never have discussed a case he wasn’t deciding, even in private. Since the DC Circuit Court of Appeals usually hears procedural or administrative cases, he’s never had to make a major ruling on a case about reproductive issues.

“We truthfully never talked about it,” says Jay Michaelson, a legal affairs columnist for the Daily Beast who clerked for Garland in 1998. “We knew better than to ask.”

Michaelson says Garland has a strong respect for legal precedent (which implies he might be reluctant to overturn Roe v Wade). He’s also repeatedly upheld “substantive due process,” the legal name for so-called “right to privacy”: the notion that there’s no process by which the government can regulate decisions as personal as sexual relationships or reproduction. “The doctrines that underly Roe vs Wade are doctrines that he has upheld,” Michaelson adds.

But the lack of a tangible record has led both pro-choice and anti-abortion groups to project their hopes and fears onto Garland, and both sides are drawing assumptions about his position based on the fact that Obama appointed him.

“We do not know this nominee but we do know Barack Obama,” said Marjorie Dannenfelser, president of anti-abortion group Susan B. Anthony List, in a statement. “Anyone he nominates will join the voting bloc on the Court that consistently upholds abortion on-demand.”

Pro-choice groups didn’t condemn the nomination, nor was there a resounding cheer. Cecile Richards, President and CEO of the Planned Parenthood Action Fund, said Garland seems “responsible and qualified,” but acknowledged a lack of information about his record on reproductive issues. “There’s a lot that we don’t know about his judicial approach, and that’s why the Senate needs to do its job and hold a fair hearing and up or down vote,” she told TIME in an email. “A hearing is the American people’s chance to learn more about Judge Garland, his qualifications and his judicial temperament.”

NARAL Pro-Choice America president Ilyse Hogue also said in a statement that “Judge Garland does not have a public record on reproductive rights,” but urged the Senate to give him a fair hearing, arguing that obstruction “denies all of us our right to know where this nominee stands on core constitutional questions of women’s privacy, dignity, and equality.”

And unless there was a pinky-swear in the Oval Office, Obama himself may not know where Garland stands.

The fact that Obama is nominating someone with zero public record on reproductive issues shows just how broken and partisan the system has become. Abortion is among the most divisive issues in an already toxic political climate– any public statements indicating a pro-choice or anti-abortion position would likely hamstring a nominee. That’s why other SCOTUS hopefuls have manage to avoid weighing in on abortion or reproductive issues in their careers. Anything that hints at a pro-choice sentiment could give Senate Republicans an excuse to blow up the whole process. “Smart judges don’t do that,” Michaelson says.

Then again, Garland’s stance on abortion might not matter as much as we think. The Court has already heard oral arguments about abortion restrictions in Whole Women’s Health vs. Hellerstedt and it’s likely to decide that case later this spring. If the Court finds the Texas abortion restrictions unconstitutional, it could strike a blow to the anti-abortion movement and strengthen abortion rights across the country. Given that the Senate GOP is preparing for a months-long battle over the nomination, the earliest Garland could possibly get on the bench is likely to be during the lame-duck session, after the November elections. By then, the case about Texas abortion restrictions will have been long decided, and that could be the last major abortion decision for some time.

And, even nominees who have extensive public records on social issues have gone on to surprise or disappoint their ideological base– just look at what happened when Chief Justice John Roberts voted to uphold the Affordable Care Act.

That’s a risk Obama — and the GOP– will have to take. 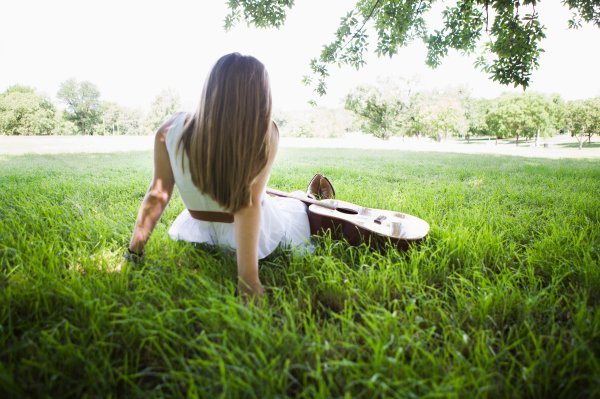 6 Simple Strategies for Being Happy Alone
Next Up: Editor's Pick