Here's What the Presidential Frontrunners Say About Energy

Hillary Clinton speaks to a cheering crowd of her supporters from her victory party on primary night in West Palm Beach, Fla. on March 15, 2016.
Melina Mara—The Washington Post via Getty Images
By Jessica Ruane / Oilprice.com

The future of America’s energy policies will heavily depend on who our next president is. Each presidential candidate has strong views on energy policy. Both democratic candidates Sanders and Clinton strongly support the need to move towards developing clean and renewable energy sources. On the other side of the aisle, republican frontrunners Trump and Cruz have taken the opposite stand, and they want to focus resources solely on more drilling, fracking, and lifting regulations on nuclear power and domestic energy exploration. So for those who have a vested interest in crude oil, you’re likely going to side with the stance of the republican candidates. If you’re all for renewables, the Democrats share your vision.

As you know, the factors that influence oil prices are complex, but the amount of oil the U.S. can produce is a major one. Each candidate has strong opinions (and policies) on domestic drilling, so our next POTUS could dramatically affect the way this industry swings in the future.

Here’s where each of the four strongest presidential candidates stand on energy policy in America.

“I will work toward a 100 percent clean energy system and create millions of jobs. We have little time to aggressively cut carbon emissions. Transitioning to a 100 percent clean energy system for electricity, heating, and transportation is possible and affordable. It will create millions of jobs, clean up our air and water and decrease dependence on foreign oil.”

Sanders is the candidate for environmental enthusiasts. Mother Jones called him the “best candidate on climate change.” He has also been endorsed by national environmental organization, Friends Of The Earth.

How Oil Prices Would Be Affected

Sanders is by far the most aggressive candidate against oil. The only fossil fuel subsidy he supports is the Low Income Home Energy Assistance Program (LIHEAP) that helps low income families with their heating bills. If his plan were passed, the U.S. would be unable to drill, frack, or export oil and natural gas. Therefore, the price of crude oil would likely increase.

“On my first day as President, I’ll set two big goals. I want the U.S. to have half a billion solar panels by 2020. And I want us to generate enough renewable electricity to power every home in America in the next 10 years. With the right investments, we’ll create good-paying jobs and make America the world’s clean energy superpower.”

Clinton is a big supporter of solar. The prominent environmental group, League of Conservation Voters, has endorsed her. While certain aspects of Hillary Clinton’s background may be questionable, she is making a strong push towards renewable energy sources.

Oilprice.com: Choking And Lifting Preventing The Decline In U.S. Shale?

How Would Oil Prices Be Affected?

Clinton has been very careful not to upset big oil. This is probably because her campaign has received million from fossil fuel lobbyists. She also supports natural gas. For the most part, she’s played nice with the oil industry, so prices probably won’t be too affected, although her recent swing to the left on many environmental issues has oil companies worried that they’ll lose an ally. It remains unclear whether her stronger environmental policies are just a ploy for votes, or if these are lasting changes.

“We are going to bring the coal industry back 100 percent.”

How Would Oil Prices Be Affected?

Trump has stated that one of his primary goals as president is to drive down the price of oil. The viability of his plans is questionable, to say the least. With recent statements that he wants to “cut the head off of ISIS and take their oil,” and his vow to break up OPEC, it’s hard to imagine any of his proposals being implemented.

Oilprice.com: $67 Oil Has All The Majors Converging Here

“According to the satellite data, there has been no significant global warming for the past 18 years.”

“We are on the verge of an American energy renaissance, and I will lift the regulations that are prohibiting exploration, the Keystone pipeline, and job creation.”

How Oil Prices Would Be Affected

The oil and gas industry has invested heavily in Ted Cruz’s campaign. He’s in good standing with the industry in his home state of Texas, which was responsible for40 percent of all U.S. oil production in 2014. With his vow to increase domestic oil production through drilling and fracking, the price of oil would likely fall under his leadership.

Regardless of who you side with, it’s important to look closely at each candidate’s track record on energy policy, and understand the legislation they want to put forward. The direction of energy policy in America depends largely on who gets elected president. Will we invest in wind and solar? Or will we double down on offshore drilling and fracking to shore up our supply of oil and natural gas? 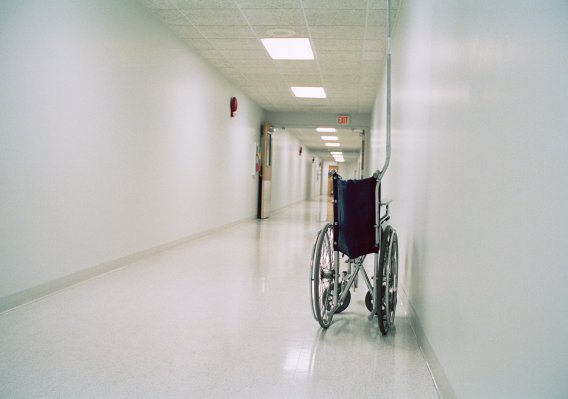 5-Year-Old Girl Becomes Paralyzed After Doing a Backbend
Next Up: Editor's Pick